Difference between Comma and Apostrophe

Key difference: The appearance of both, the comma and the apostrophe are the same but they differ in function and position. A comma provides a link, whereas, an apostrophe explains the ownership or direct relationship between the subject and the object.

The word comma originates from the Greek word komma. 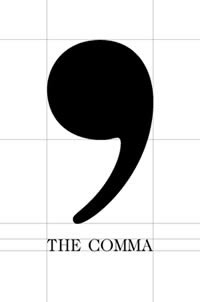 Different elements of the same category are linked with each other by a comma. Commas are used to add the components.

The concept of similarity is represented by the comma. Various elements are grouped together with the help of a comma.

For example: I ate food, drank water, and went to sleep.

An apostrophe is a punctuation mark (’) used to indicate either possession or the contraction (omission of letters) or numbers (e.g. John’s; can’t; he’s; 1 Jan. ’99). 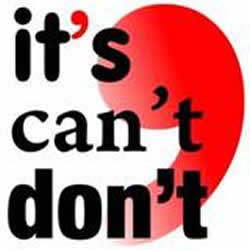 Apostrophe is used to represent the property of any matter. Single apostrophes are used to indicate the possession means they explain the authority of a person. An apostrophe is also used to write the shortened form of words like: “I will”, which can be written with the help of an apostrophe as “I’ll”.

For example: John’s father left the land to John on 4 Jan ’99, as it was his the only property, John can’t sell the land.

Here in the above example, the apostrophes are used for explaining the various contents. In the first instance, the relation between John and his father is highlighted, in the second, the date is highlighted and in the third, the contraction is highlighted.

Comparison between Comma and Apostrophe: