Difference between ISO and CSO

Key difference: ISO image is an archive file of an optical disc. CSO is a compressed version of ISO file. 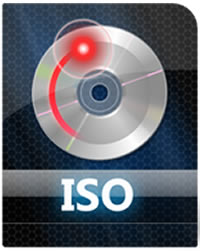 An ISO image is an archive file of an optical disc. ISO stands for International Organization for Standardization. ISO image files are basically a disk image of the data on the optical discs, such as a CD, DVD or Blu-ray Disc. ISO images have a file extension of .iso, and can be created directly from optical discs or from a collection of files by image creation software.

ISO images are stored in an uncompressed format and can be used to write a CD or DVD. Any optical disc can be archived by .ISO format as a true digital copy of the original. Programs, such as PowerISO, can download the software from a CD or DVD and used the .iso images to write another CD or DVD.

The advantage of an ISO image is that unlike an optical disc, the image can be transferred over any data link or removable storage medium, such as a USB Flash drive.

A CSO image is basically a compressed version of ISO file. It essentially works like a .zip file in computers. CSO images have a file extension of .cso. CSO images are also sometimes called CISO. This was the first compression method for ISO. The advantage of a CSO image is that it compresses the ISO files, so that they end up taking less memory than they originally did. Hence, they are also quicker to upload, download, or to copy onto portable storage mediums.

However, the disadvantage of a CSO image is that some programs that are capable of reading the ISO image may not be able to read a CSO image. This is probably due to the compression, same as .zip. Many programs can’t read .zip or have to uncompress the .zip files before they can be loaded. This ends up taking longer, as the files have to first be decompressed, then loaded. The same applies to .cso files. Still, these programs are very rare, as most are quite compatible with CSO images, and those that are not, will soon be, due to the growing popularity of the CSO.