Difference between Iron and Steel

Key Difference: Iron is a chemical element that is found in abundance in the Earth’s crust. Steel is an alloy, meaning it is a mixture of two of more metallic elements or one metallic and nonmetallic element.

Iron and steel are two substances that are often found in a variety of application such as utensils, construction, etc. These two substances are often confused as they are similar in color and composition. Steel is actually made by mixing iron with carbon; hence it is a byproduct of iron. However, these are still different from each other as iron is also used to make a variety of other alloys. 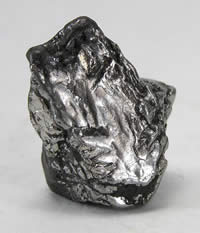 Iron is a chemical element that is found in abundance in the Earth’s crust. It often makes up the Earth’s outer and inner core and is the fourth most common element in the crust.  It is found on the periodic table of elements under the symbol Fe and the atomic number 26. The presence of iron is common in rocky planets such as Earth, due to fusion in high-mass stars. Rocky planets usually produce nickel-56 (which decays to the most common isotope of iron) from last nuclear fusion reaction that is exothermic. Iron exists in various oxidation states from −2 to +6, with +2 and +3 being the most common.

Pure iron is lustrous silvery-gray, but it is very susceptible to erosion from rust when it encounters moist air. Pure iron is also very soft and malleable, but is unobtainable by smelting. Due to the lack of technology in the olden times, copper alloys were widely used in history until the process was established. Iron is often mined from iron ores, which are found in the Earth’s crust. The iron ores are put through an extraction process in order to extract the iron from the rock and other substances. Iron is more commonly found in alloy forms such as steel alloys, crude iron, wrought iron and pig iron. These alloys are significantly strengthened and hardened because of the impurities such as carbon. If iron includes a 0.2% and 2.1% ratio of carbon, it becomes steel, which could be a 1000 times harder compared to pure iron. Crude iron metal is produced in blast furnaces by using coke (the fuel) to reduce ore into pig iron.

Iron also plays an important part in biology, where it forms complexes with molecular oxygen in hemoglobin and myoglobin and helps transport of oxygen and proteins in the body. Pure iron materials from olden ages are not commonly found due to the high amount of corrosion of iron. Metallic beads found in Gerzah, Egypt by G. A. Wainwright have been dated back to 3500 BC and also include around 7.5% nickel making it an iron alloy. Iron is also known to be used to create forge weapons and tools.  The first iron production is believed to being in the Middle Bronze Age, with smelted iron found from Mesopotamia between 2700 and 3000 BC. The Hittites are actually credited as being the first people to understand the production of iron from its ores and regard it highly in their society. The period between 1500 and 1200 BC was referred to as the Iron Age. Wrought iron and pig iron are most commonly used in various applications such as construction, utensils and production of steel. 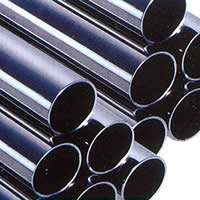 Steel is an alloy, meaning it is a mixture of two of more metallic elements or one metallic and nonmetallic element. It is most commonly made from fusing iron and carbon together. Though carbon is the most common alloying material for iron, other materials such as manganese, vanadium, chromium and tungsten can also be used. Carbon acts as a hardening agent, preventing any dislocations within the iron atom crystal lattice from separating and sliding past each other, making steel more durable. By varying the amount of alloying elements and the form of their presence in the steel, one can control qualities such as hardness, ductility, and tensile strength of steel. Though, steel has been known to be around since 4,000 years ago, it was not widely produced until the 17th century due to the introduction of the Bessemer process. This process made steel production cheaper, efficient and easier.

Steel is made by putting iron through a process known as smelting, where iron is extracted from the iron ore and excess oxygen is removed and the iron is combined with chemical partners such as carbon. Steel, compared to pure iron is more rust resistant and has a better weldability. Other metals are added to the iron/carbon mix in order to affect the properties of steel. Metals such as nickel and manganese add to the steel’s tensile strength and make austenite form of the iron-carbon solution more chemically stable, while chromium can increase the hardness and melting temperature. Steel is a very malleable substance and is one of the most common used alloys in today’s world. It is found in various applications such as tools, utensils, automobiles, weapons, and buildings. It is also the most commonly produced alloy with almost more than 1.3 billion tons produced annually.

In short, iron and steel have a lot of similarities as steel is actually a byproduct of iron and is iron is most commonly used to produce steel and wrought iron or pig iron. Iron in its pure sense is soft and unable to be used for applications until it is hardened. Iron also plays an important part in biological processes in living organisms, while steel is most commonly used for application purposes.