Difference between Melting and Smelting

Key Difference: Melting is the process of changing a substance from solid to liquid form. This is generally done by heating the substance. However, smelting is a process to convert a substance or ore to its purest form by chemical reactions. 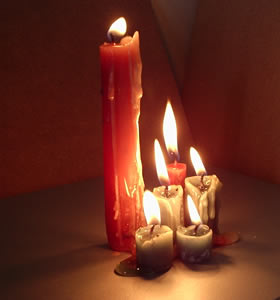 Many people know the terms of melting and smelting, but do not know the actual meaning of it. Scientifically, the meaning of them is mentioned as under.

Melting is a process of changing or converting the state of a substance from solid to liquid form. It is a simple process of heating the substance to its melting point where the substance starts to liquefy. Many times substances are put under great pressure to melt them and also a combination of heat and pressure is used. With the combination of heat and pressure, a substance can be melted at a lower temperature as well. Melting is generally done to mould a substance or element into a particular shape so as to use it in various ways.

Melting Point is a point in terms of temperature where the solid begins to change its form into liquid. At melting point, the phase of solid and liquid form is in equilibrium. This means, at melting point the proportion of the solid and liquid form of a substance is equal. In the process of melting an element, the viscosity also changes when it is in a liquid state. Viscosity can be known as the ‘thickness’ of liquid. For example, the viscosity of honey is higher than of water. The viscosity of substances changes as the temperature is increased. At many times, the substances are melted to a particular temperature to attain a considerable viscosity so that it can be used in a further process. 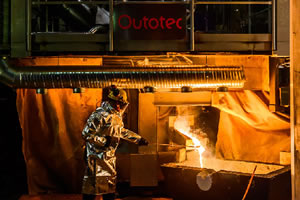 On the other hand, smelting is a process of extracting metals from ores in its purest from. It is a process that involves chemicals and heat to melt the ore and convert it into pure metals. Smelting is done for basic metals like iron, copper, silver and gold. Chemicals such as reducing agents are used to wash out other elements from ores into gases or slag (waste); this leaves just the metal behind. Carbon is the most commonly used reducing agent. While producing metals, two most important forms used as reducing agents are carbon monoxide and carbon dioxide. Most of the ores are impure, for which a cleaning agent like limestone is used to take the impurities out as waste and obtain the pure metal. Smelting is the very basic and important process to obtain the pure form of metals we use.

I want to know which elements doesn't reduced by smelting..?

thank how to build aluminum furnace

Check The King of Random on YouTube, he makes a cheap aluminum foundry

Difference between Melting and Smelting topic is very clearly & easy understanding way. hope you will continue.