Difference between Corridor and Passage

Key Difference: Corridor and passage, both refer to an elongated hall inside the front door of a house. 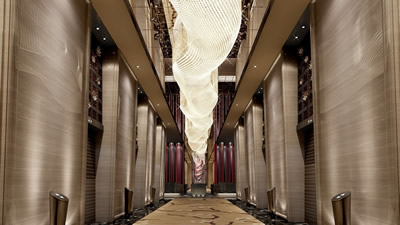 A corridor or a passage is a hallway that leads to multiple different doors. It is also known as a hallway in certain countries. According to another definition, an elongated hall inside the front door of a house may be called a passage, corridor, or hallway.

Although the definition of a corridor is limited to extra space that connects two rooms together, a passage has many other meanings in addition to this.

The word passage can also refer to a piece of literature, such as a paragraph or a verse. It can also refer to a phrase or other division of a musical work. In terms of movement, it can refer to the act of passing from one place to another, for example, “the passage from India to Pakistan was excruciatingly long.” The term can also mean the route or course by which a person or thing passes or travels.

When referring it the sense of a connecting place or an area that connects one place to another, the terms passage and corridor can be used interchangeably. However, a passage can also refer to a fancy place inside a building, while corridor means a drab room hallway such as in a hospital. There are also people who claim that the difference between the corridor and passage is that corridors are inside buildings and passages are open, but there is no proper definition to support this claim.