Difference between C++ and OOPs 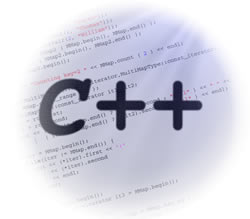 OOP represents concepts as objects that have data fields. Data fields are basically attributes that describe the object. The procedures associated with the objects are known as methods. OOP places the data where it is not directly accessible by the rest of the program. Methods are the only way that this data can be assessed. The objects, which are usually instances of classes, are used to interact with one another to design applications and computer programs. Java is another type of object-oriented programming (OOP) language.

OOP differs from the procedure oriented programming (POP) as it is a collection of interacting objects. POP, on the other hand, is a list of tasks to be performed, also known as subroutines.

The major difference between C++ and OOP is that that C++ is a type of OOP language. It is based on the structure of OOP. OOP is a concept, while C++ is its programming application.