Difference between Dependent and Dependant

First let’s look as the definition of word. Dictionary.com defines ‘dependent’ as an adjective: 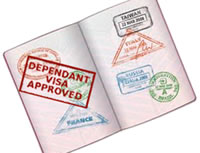 The correct usage of the words ‘dependant’ and ‘dependent’ can be better understood through examples. An example for both: A child is dependent on its parents. Therefore, a child is a dependant of its parents.