Difference between Yoga and Power Yoga 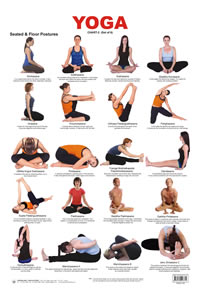 Yoga is practiced from ancient times in many religions and countries. It gives external and internal stability. Mental calmness is also achieved by yoga. The normal yoga comprises of many exercises (asana), which are performed sitting at one place. There is no change in the place while performing the normal yoga.

The exercises are practiced with the motive to achieve the external and internal stability. Yoga makes an individual feel fresh. It is commonly practiced in the morning. It is one of the traditional methods of performing exercises. Yoga exercises are known for their stiffness and firmness. Flexibility of the body is obtained by performing yoga. 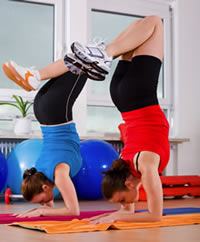 The term, power yoga, came into common usage in the mid 1990s, in an attempt to make Ashtanga yoga more accessible to western countries, two American yoga teachers are credited with the invention of power yoga: Beryl Bender Birch, based in New York, and Bryan Kest, based in Los Angeles. Afterwards, Baron Baptiste (an American teacher) successfully established the power yoga concept in America.

Power yoga is a form of yoga. It is a general term used commonly in western countries. It is basically Vinyasa-style of yoga. In it, yoga is practiced in a vigorous style. It is specially used to obtain the body physique. In power yoga, the exercises are vigorously practiced. They are done by acquiring speed. Here the term Vinayasa relates to movement and alignment of breath. In this, the static exercises are converted into dynamic flow of exercises. Inhaling and exhaling of breathe is especially practiced in power yoga.

Comparison between Yoga and Power Yoga: