Difference between Daffodil and Narcissus

Key Difference: Daffodil and Narcissus is the same thing. Daffodils are hardy and easy perennials to grow in most areas in North America, except Southern Florida. They are mostly identified by their flat leaves. Narcissus is the scientific name given to the genus of plants commonly known as daffodils.

Daffodil and Narcissus is one and the same thing. In fact, they are used as synonyms. They are used to describe the spring flowering bulb in the Narcissus genus of plants. 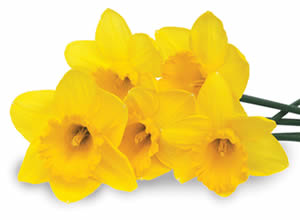 Oxford Dictionary defines daffodil as, “a bulbous European plant which typically bears bright yellow flowers with a long trumpet-shaped centre (corona).” The daffodil was derived from an earlier “affodell”, an alternative of Asphodel. They basically grow from a true bulb. However, most people use the word “daffodil” when referring to the large, trumpet-shaped flowers of the Narcassius pseudonarcissus.

All daffodils are members of the narcissus genus. Narcissus is the botanical or scientific name for all daffodils. Especially in the North America, they are particularly called as daffodils. They are usually planted with ground covers rather than deep-rooted and tall-growing ones. Daffodils tend to compose the larger flowering varieties of Narcissus. The daffodil flower color varies from white through yellow to deep orange. 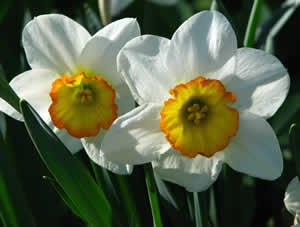 On the other hand, narcissus is the botanical name of the genus of flowers well-known as daffodils. Narcissus is made up of 12 divisions that encompass 70 species with 25,000 cultivators. The word narcissus is derived from the Greek word and means “numbness”. They are native to Western Europe and are commonly found around the Mediterranean. The plants in the genus grow from underground storage structures called bulbs, which one can transplant easily.

The Narcissus plant can grow to be as high as 16 inches. The flowers reproduce on their own, bringing bright splashes of color from March throughout May to gardens year after year.

Comparison between Daffodil and Narcissus: