Difference between Defuse and Diffuse

Key Difference: Defuse is simple. The literal meaning of defuse is to de-fuse. It basically means to remove the fuse from a bomb or to deescalate or to reduce the danger or tension. Diffuse, on the other hand, means to spread out in a wide or large area. Diffuse has a similar meaning to disperse. 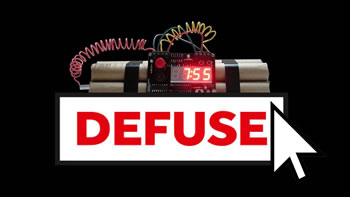 English is a complicated language, which is why it is understandable to get confused between some words that look and sound similar. Defuse and diffuse are two such words. They are spelled similarly and are even pronounced in almost the same way. However, there is a difference in the way that they are used. The two words have two completely different meanings which can lead to further confusion if used incorrectly.

Defuse is simple. The literal meaning of defuse is to de-fuse. It basically means to remove the fuse from a bomb. Over time, it has gained another, slightly non-literal meaning, which is to deescalate or to reduce the danger or tension. For example, “John has to diffuse the bomb quickly.” or “Mary had to defuse the argument between John and Joan.” 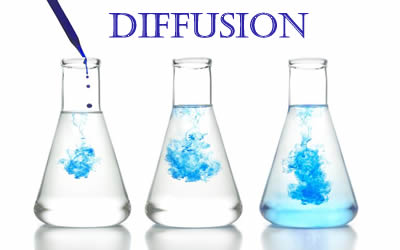 Hence, as it can be seen that interchanging these two words can be quite confusing, and may lead to the person inferring something incorrectly. Basically, you know what to talk about the blue dye removing the fuse from the water or Mark slowly spreading through the bomb. That can be confusing at best, or even nightmarish.

An easy way to remember where to use which word, note that defuse means to de-fuse, i.e. remove the fuse, which typically bombs have which makes the situation tense, hence, whenever the situation relates to bombs or tension, use defuse. In every other scenario you can use diffuse. Diffuse broadly means to disperse.

Comparison between Defuse and Diffuse: