Difference between Device and Gadget

Key Difference: A Device and a Gadget are synonyms. A Device is something made for a purpose, usually a tool or an instrument. A Gadget is usually a small tool or a machine, used for a particular purpose.

Device is a thing adapted for a particular purpose. It may refer to technology or music. There are thousands of devices. It is a most versatile word, used in the organization or company. 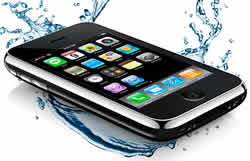 The word gadget originated in the 19th century, that is in the mid of 1850-55. It is usually a small tool or a machine, used for a particular purpose. The word is used for electronics, mobile phones, multi-tools, etc.  Tools such as calculators, translators and currency converters are common forms of gadgets.

Nowadays, if any new smart phones or tablets are launched in the market, most of the people describe it as a ‘gadget’. Gadget is a small mechanical and electronical machine, for which this phrase can be used.

There is not much to differentiate between Device and Gadget. In a simple sentence, a device is a tool made of different components, whereas, a gadget is a tool or an application that can enhance your experience on a computer or mobile device.

Dang this is dope.