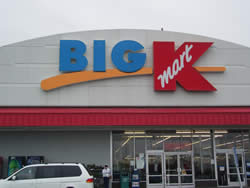 The trend for discount stores became popular following World War II, when a number of retail stores realized that people could no longer afford to spend loads of money on certain merchandise. They opted for the high-volume, low-profit margin to try and draw in price-conscious consumers. Though discounted stores have now spread among many industrialized countries and is even become a huge trend in developing countries, the United States has become known as the leader of the discounted department stores. Discounted stores was at the height of popularity between the 1950s and the 1980s, when it more popular than the average supermarket. In 1962, three major retailers, Walmart, Kmart, and Target, opened their respective discount stores at their first locations. Other retailers also started establishing discount stores around the same time, while these three flourished and are still in existence, many of the others either folded or was sold to more thriving companies. Supercenters, hypermarkets are types of discounted stores. 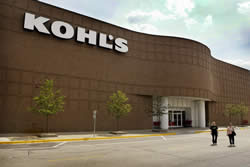 Department stores are retail stores that offer various goods and products such as clothing, furniture, home appliances, toys, cosmetics, gardening, toiletries, sporting goods, food, books, jewelry, electronics, stationery, etc. They offer a variety of brands under one roof, which may or may not be at a discounted price. A department store is sort of a one-stop shop for many people. The stores try and stock as many objects that people would need in their daily routine, this includes food, clothes, bedding, medicine, etc. These goods are offered at variable prices, depending on the store. Many stores offer a discounted price, which earns them the name discount stores as well. Department stores also offer Do-It-Yourself, which allows people to grab the materials from the store and create it themselves. The oldest department store in the world is Bennett's of Irongate in Derby, Britain founded in 1734.

Department stores can also specialize in selling particular items such as clothing and jewelry (Macy’s), or offer a combination of products together such as Costco or Walmart. Department stores are commonly part of a retail chain of many stores situated around a country or several countries. They could be a stand-alone store or a part of a mall or shopping complex. Department stores will not necessarily offer additional activities such as food courts, play areas, etc. or even parking structures.