Difference between DLC and Expansion Packs

Key difference: DLC and expansion pack are pretty much the same thing, wherein both these files are used to add new features, storyline, characters or simply extend the life of the game. There is not much difference between the DLC and an expansion pack. 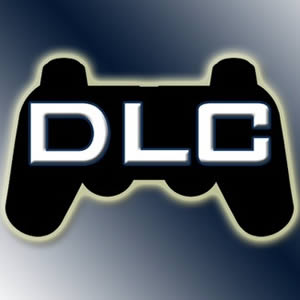 The term ‘DLC’ stands for ‘Downloadable Content’. It is an additional and addable content of a video game that is distributed by the game’s original producer or any other third party content publishers. It is widely and easily available through the internet. This DLC file pack is popularly used to increase the life-span of a game by adding new levels, characters, features or add new storyline to improve or increase the game further for the gamers. The DLC pack may include several features, ranging from aesthetic outfit changes to new game modes, objects levels, challenges, and many other features in the game.

The DLC pack is distributed through the internet or company consoles networks like PS3’s and Xbox’s. The content of the DLC depends on the game itself. Furthermore, the DLC is considered as an important and huge aspect of the game, which is why, it some publishers have begun selling them as bundles of ‘seasonal passes’ of the games.

Similar to DLC pack, an expansion pack or an expansion set is simply an addition to the existing role-playing game, tabletop game or video game. It is abbreviated as ‘EP. Generally, the add-ons of the expansion pack are new game areas, weapons, objects, and/or an extended storyline to a complete and already released game. Also, these game expansions are typically designed by the original creator, but the developers often contract out development of the expansion pack to a third-party company. Though, it may choose to create the expansion itself or it may do both.

The said expansion packs cannot be installed or played without first installing the required game. This is because these expansion packs always follow a theme that include new features, objects, music, and styles that are tailored to that specific theme. For example, in The Sims series, the extension packs includes new objects and new interactions between Sims, and very often includes new neighborhoods, life states, and other features.

Thus, from the above explanation, it is pretty clear than there is not much big difference between the DLC file pack and the expansion pack. Also, both these files are widely downloaded from the internet and often they are brought from the stores. Another point of similarity is their advantages and disadvantages, wherein both are expensive than their original games. But, they add an extra game play, longevity and boost the video game company’s profits. On the other hand, because of their popularity and high price, the developers often tend to leave out the necessary game-play in order to earn extra profits. Also, anyone without an internet connection cannot simply connect to the extra file formats.

Thus, in-spite of their advantages and disadvantages, DLC and EP are increasingly becoming a huge part of the gaming industry. So, whether he or she wants it or not, one will be compelled to by an extra life for their games.