Difference Between Drugs and Alcohol

Key Difference: A ‘drug’ is a substance which may have medicinal, intoxicating or performance enhancing effect on a person’s body. Drugs can be used for various purposes: medicinal, spiritual/religious, self-improvement and recreational. In chemistry, alcohol is an organic compound in which the hydroxyl functional group (-OH) is bound to a carbon atom. Alcohol also has other uses such as industrial solvent, car fuel, raw materials, hand sanitizers and beverages. 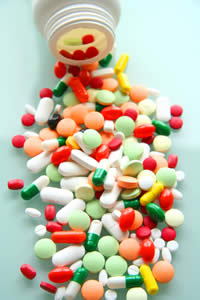 A ‘drug’ is defined as a substance which may have medicinal, intoxicating or performance enhancing effect on a person’s body. According to the Food, Drug and Cosmetic Act, drug is, “a substance recognized in an official pharmacopoeia or formulary; a substance intended for use in the diagnosis, cure, mitigation, treatment, or prevention of disease; a substance other than food intended to affect the structure or function of the body; a substance intended for use as a component of a medicine but not a device or a component, part, or accessory of a device.” Another variation of the term drug is an illegal substance that causes addiction, habituation or changes in consciousness. Though one should be warned, medicinal drugs can also become addictive.

Drugs can be used for various purposes: medicinal, spiritual/religious, self-improvement and recreational. Medicinal drugs are drugs that are administered to patients in order to cure, heal or improve their well being. Since the dawn of time, many religions use drugs in order to alter their state of mind and feel closer to “God” or “The Creator”. These drugs are known as entheogens and are mostly hallucinogens, but could also be stimulants or sedatives. Self-improvement drugs or Nootropics are drugs that are used to enhance abilities such as memory, concentration, mood, thought, etc. Recreational drugs are psychoactive substances that are used for fun and are the most addictive. Many recreational drugs, such as cocaine and meth have been labeled as illegal, while other such as nicotine, tobacco and alcohol are still legal.

Though the term ‘alcohol’ is more commonly synonymous with alcoholic beverages, the term is not limited to just that. In chemistry, alcohol is an organic compound in which the hydroxyl functional group (-OH) is bound to a carbon atom. There are various types of alcohols such as ethanol, isopropyl alcohol, methanol, propanol, butanol, etc. Ethanol, of the simple acyclic alcohols, is most commonly used in the creation of alcoholic beverages, after being distilled and fermented. Alcohol, in its purest form is a clear liquid and cannot be consumed raw as it could cause coma and death.

Alcohol also has other uses such as industrial solvent, car fuel, raw materials and hand sanitizers. Ethanol can also be used medicinal purposes in the form of an antiseptic to disinfect the skin before injections. Alcohol is also used in order to preserve specimens in scientific fields. Though certain types of ethanol alcohol are good for the body such as wines, excessive amounts of alcohol can cause damage to a person’s body and become addictive. However, studies show that moderate drinking of alcohol can reduce risks of dementia, stroke, cancer and other various health problems due to being rich in antioxidants. Alcohol is legal in almost all countries but has an age limit.

Depending on usage, prescription and types, both alcohol and drugs can be beneficial as well as dangerous to the human body. While, drugs are limited to intake of substances by the human body, alcohol also has external uses. In terms of drugs, prescribed drugs by the doctor are much safer than other over the counter drugs. Abusing drugs and alcohol have a long term effect on the human body.