Difference between Drupal and Joomla

Key Difference: Drupal is a free and open-source content management framework (CMF) that is written in PHP language. It is used for blogging websites as well as for political and government websites. Joomla is free and open-source content management system (CMS) that allows users to build websites and online applications. It is considered to be quite easy to use and understand for many users. 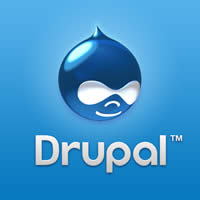 Before the content management systems (CMS) became popular, creating a website was not an easy task. It required the person to input time, money and required them to have knowledge of coding languages. Since, these days internet is an important way to spread information and reach a variety of people, many content management systems have become available that allows users that do not have a background in website design to be able to create websites and publish them. CMS made it easier for a non-developer to create a website with features that he/she wanted. Now a person could easily make websites without having to resort to hiring an expensive developer and wasting a lot of time and energy on it. Drupal and Joomla are two different types of CMS that are available to the people for creating a website. These two offer different features and a different way to create websites.

Drupal is a free and open-source content management framework (CMF) that is written in PHP language. It is used for blogging websites as well as for political and government websites. Wikipedia states that the standard release of Drupal, known as Deupal core offers features such as “user account registration and maintenance, menu management, RSS feeds, page layout customization, and system administration.” It can be used as a brochureware website, a single- or multi-user blog, an Internet forum, or a community website providing for user-generated content. Drupal does not require any programming skills from a developer for basic installation and administration. Drupal was initially written by Dries Buytaert on a message board, which further became an open source project. Drupal is derived from Dutch word ‘druppel’, which means "drop".

There are a few differences between Drupal and Joomla, which is why some people prefer the former, while the other people prefer the latter. Drupal and Joomla have a different layout of admin tools. While Joomla has a all-in-one place interface for controlling everything, Drupal has a control bar at the top of the screen when an administrator logs in. Drupal is also considered to be more flexible compared to Joomla, which is why it is also considered to be a bit more complex than it too. Drupal is considered to be a better CMS for more complicated websites, while Joomla is considered for more simple webpages. Joomla has more out of the box features, while in Drupal certain features require HTML knowledge or downloading of extensions. Drupal is more well-known for its taxonomy, while in Joomla pages are found in categories. There are much more detailed differences from a developer’s point of view that includes the layout, placement, features, content on the page, etc.