Difference between Winter and Spring

There are four major seasons in many of the countries: spring, winter, autumn and summer. The four seasons are caused by the tilt of the Earth on its axis and its revolution around the sun. While in many countries, other seasons also includes monsoon, spring and winter is celebrated in almost all of the countries. Winter precedes spring, while spring precedes summer. These two seasons are completely different from each other in every aspect.

Winter is the coldest season among the four and is associated with rain, snow, hail and other cold phenomena. Winter follows autumn and precedes spring and is when the Earth is tilted away from the sun. At the winter solstice, the days are shorter and the nights are longer, with the days lengthening as the season progresses from the day of the solstice. The northern hemisphere experiences winter between December and February, while the southern hemisphere experiences winter between June and August. 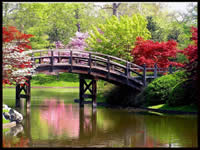 Due to the longer nights and shorter days, winter is associated with dark, cold and the earth faces a death, where tress do not have leaves, crops do not grow, etc.  During this time many animals go into hibernation, while many insects die, resulting winter to be associated with the season of dormancy. The word ‘winter’ is derived from in old Germanic word that means “time of water”, which refers to the rain, sleet, snow and other forms of water falling from the sky.

Spring is a temperate weather and is associated with green, flowers, rain, etc. Spring follows winter and precedes summer; it is sort of a bridge between the coldest and the hottest weather. Spring equinox marks the begging of the spring, with the days being close to 12 hours long with day length increasing as the season progresses. The term spring has a variety of different definitions depending on culture, customs and climate. However, a majority of the countries celebrate spring as the rebirth of the Earth.

Spring is often associated with rebirth of the earth from a state of dormancy, as the animals that hibernate, come out of hibernation and start mating and reproduction. The plants are reborn, and flowers bloom, leaves grow back, crops are planted etc. Due to this distinction, spring is believed to the season of rebirth, rejuvenation, renewal, resurrection, and regrowth. Almost all countries have festivals in order to celebrate the start of the spring season and the season of crop growing. Spring is also considered to be the first season of the year and is experienced in the northern hemisphere between March and May. In the southern hemisphere it is celebrated between September and November.