Key Difference: A dual-core processor is a type of a central processing unit (CPU) that has two complete execution cores. Dual core has become synonymous with Intel Pentium Dual Core. Core 2 Duo are a series of dual-core processors that are invented by Intel. 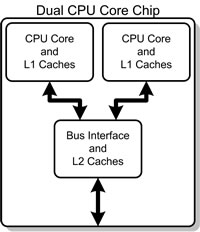 Computers have evolved fast from the time they were introduced. Computers were originally launched to be able to solve mathematical applications. These computers were slow to process data and could only run one operating at a time, which means another action or operation had to wait for one operation to become over, before another operation could begin. These were known as single core processors. The demand for faster technology required that the processor companies make faster processors which higher clock speeds. Once a maximum clock speed was achieved, the manufacturers tried increasing the performance of their products by adding more cores to a single chip. These became known as multi-core processors and include dual core, quad core, hexa-core and octa-core processors. 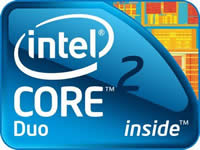 Core Duo was simply 2 Pentium 3 processors on a single chip. As the company began advancing processor technology making it faster and better, they decided to differentiate it from their first generation processor by labeling them Core 2 Duo. The 2 refers to the 2nd generation of processors.