Difference between Dwarfism and Achondroplasia

Key difference: Dwarfism is defined as the condition of being a dwarf. Achondroplasia is a skeletal disorder, which is characterized by the failure of normal conversion of cartilage into bone that begins during fetal life and causes dwarfism. 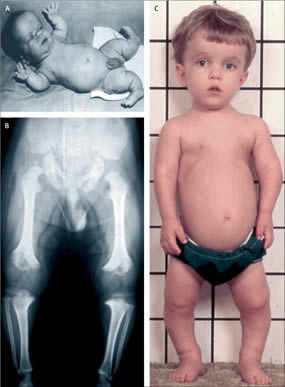 Achondroplasia is a form of short limbed dwarfism. The word achondroplasia literally means "without cartilage formation." It is a common cause of dwarfism. According to Wikipedia, it occurs as a periodic mutation in most of the cases or it may be inherited as an autosomal dominant genetic disorder. People with achondroplasia have a short stature, with an average adult height of 131cm (4' 3") for males and 123cm (4') for females. Some adults are known to be as short as 62.8 cm ( 2' 1").

Achondroplasia is caused by a change in the DNA of Fibroblast Growth Factor Receptor 3 (FGFR3), which causes an abnormality in the formation of the cartilage. Cartilage is a tough but flexible tissue that makes up much of the skeleton during early development. In achondroplasia, the problem is not in forming the cartilage but in converting it into the bone, particularly the long bones of the arms and the legs. If both the parents of a child have achondroplasia, and they pass on the mutant gene, then it is very unlikely that the child will live past a few months of its life. The prevalence is approximately 1 in 25,000.

Achondroplasia is caused by a mutation in Fibroblast Growth Factor Receptor 3 (FGFR3). In a normal development of a person or a child, FGFR3 has a negative regulatory effect on the growth of the bone. The mutated form of the receptor is constitutively active and this leads to severely shortened bones. The effect is genetically dominant, with one mutant copy of the FGFR3 gene being sufficient to cause achondroplasia, while two copies of the mutant gene are invariably fatal before or shortly after birth.

A few characteristic features of achondroplasia include an average size trunk, short arms and legs with particularly short upper arms and thighs, limited range of motion at the elbows and an enlarged head with a prominent forehead. Fingers are typically short; the ring finger and middle finger may diverge, giving the hand a three-pronged appearance. Other health problems include slow breathing, obesity and recurrent ear infections. In childhood, people develop a pronounced and permanent bend in the lower back and bowed legs. Some people develop an abnormal front-to-back curvature of the spine and back pain. It does not affect the intellectual ability of a person.

Achondroplasia can be detected before birth by the use of prenatal ultrasound. A DNA test can be performed before birth to detect homozygosity, wherein two copies of the mutant gene are inherited, which can lead to stillbirths. Complications are observed. A skeletal survey is also useful to confirm the diagnosis of achondroplasia. Another distinct characteristic of the syndrome is thoracolumbar gibbus in infancy.

There is no known treatment for achondroplasia, even though the cause of the mutation in the growth factor receptor has been found. However, if desired, a surgery of limb-lengthening will lengthen the legs and arms of someone with achondroplasia. Physical therapy can also help. 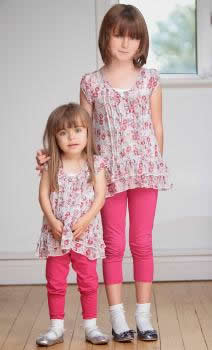 Dwarfism is defined as the condition of being a dwarf. It is a medical disorder. It is caused by achondroplasia, which causes a gene mutation of chromosome 4. An adult with a height less than 147cm is sometimes referred to as a dwarf.

People with dwarfism have a wide range of physical characteristics, which vary from person to person. In the absence of any other medical condition, the short stature is considered to be inherited. The disorders caused by dwarfism are often classified by proportionality; disproportionate dwarfism, in which one or more body parts are unusually large or small as compared to the other body parts. Facial features are affected, along with the body parts associated with them. In proportionate dwarfism, the body parts are proportional but smaller. Height is below average. Sexual development is often delayed or impaired into adulthood. It may also cause intellectual disability in a person. Unless the brain is directly affected, there may be or may not be the chance of mental impairment that can be attributed to dwarfism.

One cause of dwarfism is achondroplasia, the body’s limbs are proportionately shorter than the abdominal area, with a head larger than average and typical facial features. It is caused by a faulty allele in the genome. Growth hormone deficiency is another cause, in which the body produces insufficient growth hormones. If this gene is missing, the growth of the body is stunted or even halted.

Dwarfism can be detected early based on visible symptoms. Skeletal dysplasia is usually suspected because of the obvious physical features; it can be diagnosed by X-raying the bones. Even though dwarfism is genetically caused, it is possible to prevent it. These conditions can be identified by genetic testing. There is no individual treatment for dwarfism. Therapeutic treatment also helps in dwarfism.

Comparison between Dwarfism and Achondroplasia: