Difference between Earth and Sun

Key Difference: Earth and Sun are totally different from each other. The primary difference between the both is that the Earth is a planet, whereas the Sun is a star. 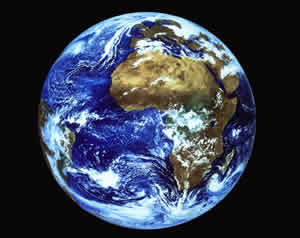 The Earth is the densest major body in the solar system. The Earth rotates on its axis from the west to east, and revolves around the Sun. The Earth completes one rotation in 24 hours and one revolution around the sun in 365 days. Hence, this time period is called a year. Earth is the third planet from the Sun. The sunlight hits different parts of the earth, causing hourly changes in climate inhabiting the various parts. Earth rotates from the west to east around an imaginary line, which passes through the two poles, i.e. the North Pole and the South Pole. These poles are perpendicular to the plane of the equator, which is why this imaginary line is called the axis of Earth’s rotation. The Earth is basically a solid piece of rock where a person can survive or live on. 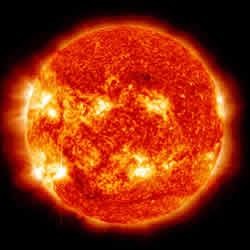 The sun is a star, and is the center of the Solar System with 8 planets moving around it. It is like a huge orange ball that is full of gas, but the sun is responsible for life on earth. The Sun is about hundred times bigger than the earth in diameter. The sun may be far away, but close enough for its rays to hit the Earth and the moon at slightly different angles. The sun is full of dangerous gases. It has 1,000,000 times more volume than earth and a surface area that’s 10,000 more.

They totally differ from each other in the terms of size, volume, diameter and weight. The average distance from the Earth to the Sun is called an ‘astronomical unit’.

Comparison between Earth and Sun:

Earth & moon wich defrens Thank you so much.

Thank you so much.