Difference between Earth 1 and Earth 2

Key Difference: Earth 1 or Earth One is the primary universe where most of DC stories take place. Earth 2 or Earth Two is the DC universe before the 1940, with the Golden Age Superheroes. 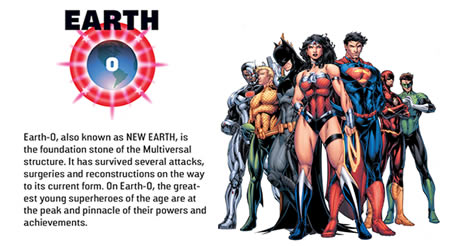 DC Comics started out as "National Publications" and originally published comics with superheroes such as Superman, Batman, Wonder Woman, Green Lantern, the Justice League of America, and the Teen Titans starting in the 1930s and 40s. This was the Golden Age of Superheroes. Eventually, during the 50s most of these stories with magic fell in popularity. So, they were replaced with western heroes and horror stories. By the 60s, superheroes started getting popular again, so DC reintroduced many of its long forgotten heroes, but updated their stories to keep with the times and appeal to the new generations. Most of their origin stories were changed from being based in magic to being based in science fiction. This led to the two Earths.

Earth 1, or more commonly written as Earth One, is the primary universe where most of DC stories take place. This earth is also known as Earth Prime. There is the most prominently known and accepted universe. These are the stories and heroes and most people are familiar with. It is primarily consistent of the Silver Age heroes.

Earth 2, also written as Earth Two, is where the original Golden Age heroes exist; the ones with stories before the 60s. These are the original stories, most of which had been change or revamped for popularity.

Eventually, as it was bound to be, the two dimensions became a mess and confusing. New readers could not make sense of why there were similar (almost the same) characters and plot lines, nor they could keep track of the smaller details and tidbits that differentiated between the similar characters, such as Kal-L and Kal-El, different variations of Superman, or Hawkman and Hawkman, one of which was a human granted magical power by the Egyptian God, Horus, while the other is an alien from the planet Thanagar. The storylines became so confusing that even older and dedicated readers had trouble keeping them separate.

As new writers took over characters, they wanted to put their own spin to them and create new stories, for which they ended up making changes to storylines, plots, backstories, and even their powers. This led to there being many different variations of the same character. In order to differentiate among them, it was said that each one belonged to a different universe, a different Earth. In fact, at one point there were more than 99 Earths within the DC Multiverse. 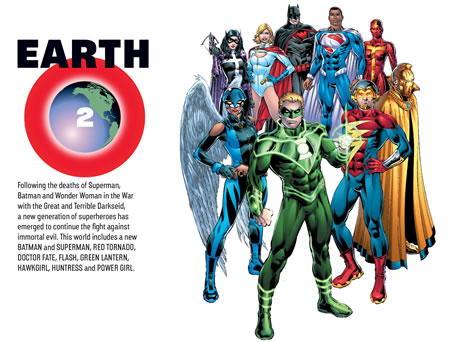 Hence, the leadership at DC decided that it was rightly time to step back and simplify. This is where the Crisis on Infinite Earths comes into play. This storyline lead to the destruction of most of the Earths to create a single universe. However, the Infinite Crisis series recreated the multiverse, this time around limiting the known universes to 52 Earths.

Recently, DC has launched the newer Earth One series which retells the origin stories of Superman, Batman, Wonder Woman and the Teen Titans. These stories take place after the Crisis of Infinite Earths, where Earth One is just being formed. Here their stories are just starting out; they are new, raw and unformed. It is a chance to tell their stories to newer audiences and in newer ways. Due to this, the previous Earth 1, or the primary DC Universe Earth, is now referred to as either Earth Prime or Earth 0.

Comparison between Earth 1 and Earth 2: