Difference between Efficiency and Productivity

Key difference: Efficiency is the ability to do something or produce something without wasting materials, time or energy. It is the quality or degree of being efficient. Productivity is the rate at which goods are produced or the work is completed.

Efficiency and productivity are two important concepts in economics. Both concepts pertain to improving production in any company engaged in manufacturing, agriculture or the service sectors of the economy. This article helps to highlight the difference between the two words. 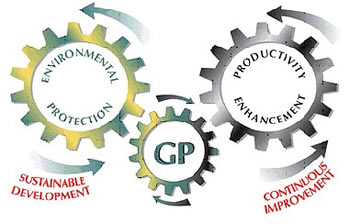 Productivity is the ratio of output to input in production. It is a measure of efficiency in production. Productivity refers to when something is produced, how much is produced, and in how much time. Quality and wastage are not important factors, but the quantity is. It focuses only on production. Economic well-being is a characteristic of production. It aims directly or indirectly to satisfy the human needs. The degree to which the needs are satisfied is the measure of economic growth. The satisfaction of needs comes from the commodities which are produced. The need also increases when the quality and price ratio improves, that too at a lesser cost.

Productivity measures may be examined across the whole economy or viewed industry by industry to examine the trends in labor growth, wage levels and technological improvement. Productivity gains are very important to the economy because they allow us to accomplish more with less. Capital and labor are both scarce resources, so maximizing their impact is always a central concern of modern business. Productivity enhancements come from technology advances, such as computers and the internet, supply chain and logistics improvements, and increased skill levels within the workforce. Productivity is measured and tracked by many economists as a clue for predicting future levels of GDP growth. 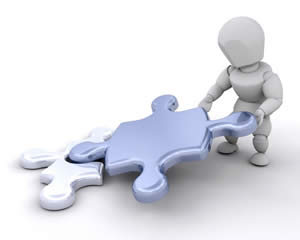 Effectiveness is described as the time, effort or cost well used to the task. According to Wikipedia, it is often used for the specific purpose of relaying the capability of a specific application of effort, which is used to produce a specific outcome effectively with a minimum amount or quantity of waste, expense, or effort. It is a measurable concept, which is determined by the ratio of output to input. As a result, it is expressed in a percentage of what ideally could be expected, as in 100% for ideal cases.

Effectiveness is all about doing things right. It is based on the principle that the selection of objects for a process is just as important as the quality of that process. It avoids mistakes and errors. It is based on thinking about the present, and not in the future which may result in no innovation. Efficiency is all about focusing on the process and the importance is given to the ‘resources’ of doing things. Efficiency is considered as the performance indicator of any organization.

Comparison between Efficiency and Productivity:

thanks lots who has given this difference.