Difference between Kung Fu and Karate 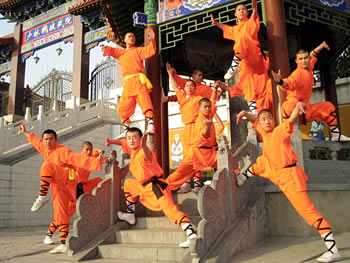 Kung Fu is one among the Chinese martial art forms. Its origin was traced in the Zhou dynasty (1111–255 BC). It was practiced as a form of exercise by the Daoists in the 5th century B.C. The art form was originated at the Shaolin temple in China in the 4th century. Kung-Fu consists of fluid and circular movements, which are related to the fighting styles of animals.

In Chinese, the term Kung Fu relates to:

Kung Fu (or gongfu) refers to any individual’s commitment and dedication towards the skill and art, which is obtained by hard work. It is one of the most famous and dedicated Chinese martial art forms. The martial art is a science in itself, which trains an individual’s body to move in a continuous circular motion and turn. It is the most ancient form of martial arts practiced in china. The body in the art form is regulated according to the physic principles and its usage is optimum. It is an open martial art, which means that, its styles can be adapted only by those practitioners who are perfect in their actions. From the early periods of development, it has now become a healthy and potential rich form of self-defense. In Kung Fu, the aim is to cause as much damage as possible without losing balance, so strikes are extremely quick and controlled. Its actions are habituated from the animal moves and styles and are initiated from one of five basic foot positions, which are normal upright posture. The other four stances are known as, dragon, frog, horse riding, and snake. 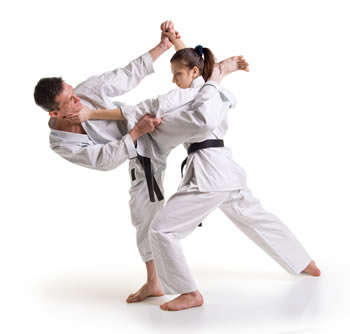 Karate was originally found in Japan. Okinawan is considered as the birthplace of the modern art form, and Karate was originated to Japan in 1922. It is actually a martial art form, but it is nowadays generally practiced from sports point of view. The development and defensive counter attacking body moves and actions are the physical aspects in Karate. In today’s era, it is the most developed and appreciated form of martial art, which is being encouraged worldwide.

The term Karate is a combination of two kanji (Chinese characters):

Karate is an empty hand martial art form. Its generic traditional theme depends on the principles and workings of training, fighting and self-defense. In Karate, the attacker never attacks first, he/ she waits for their opponent’s attack, and then reveal their attack with appropriate and associative actions. Its traditional themes work on the disciplines of dedicated training, fighting and self-defense techniques. The practitioners use a series of ‘kata’ or ‘postures’ which can be offensive and defensive, and they learn to focus their power in punches and kicks which are designed to be very high impact. In the other forms or styles, grappling, throwing, joint-locking, restraints, and vital point strikes are also used and applied. It is one of the most dynamic striking art form that uses punches, kicks, knee strikes, elbow strikes and open hand techniques. Other such forms and styles are grappling, throwing, joint-locking, restraints, and vital point strikes.

Comparison between Kung Fu and Karate:

''At higher levels, it is more dangerous as compared to Karate'' Well, Karate can be even dangerous as Kung-fu. Even its a shoot-off from the Shaolinquan, Karate evolved on its own and his own techniques. Okinawa-te (or Okinawa Karate) is heard to be the most dangerous Karate and the oldest.