Difference between Gas and Vapor

Key Difference: Gas is a state of matter. Vapor is a state of equilibrium between a gas and a liquid, which can easily be converted to a liquid by applying pressure and without changing the temperature. 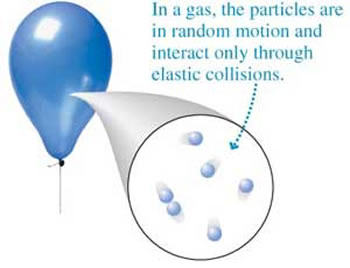 Many people erroneously consider gas and vapor to be the same or similar. However, in technicality the two substances are vastly different. There are four states of matter, i.e. four different forms that things can exist in: solid, liquid, gaseous, and plasma. Solid is when things hold form and their molecules are tightly knitted together. Liquid is when the molecules have slightly more space between them allowing the matter to be fluid and take the shape of the container it is in. Gas is when the molecules have a lot of space between them allowing them to move around in different directions and constantly expand. Plasma is similar to gas but is ionized, i.e. the molecules are split into charged ions.

Now, vapor is different than all of these. It is most often confused with a gas, which is fine for everyday layman speak, however, scientifically speaking the two are quite different. The confusion arises from the fact that vapor is quite similar to a gas. In fact, it is a gas; a gas that is constantly in transition between being a gas and a liquid.

Technically, vapor is a gas which is below its critical temperature, which means that it can be condensed into a liquid by increasing its pressure and without reducing the temperature. Another way to describe vapor is that it is a state of equilibrium between a gas and a liquid, which can easily be converted to a liquid by applying pressure and without changing the temperature. Also, instead of a liquid, its natural state can also be solid.

A simpler way to distinguish between the two is to note that a vapor is a gaseous substance at a temperature when it ordinarily should be a liquid or a gas. Whereas, a gas is a substance at a temperature when it normally is a gas. Other than that, there is no significant difference between a gas and a vapor, which is why it is so difficult to distinguish between the two. However, once a little information is known on the substance, i.e. whether it should be a gas or not at a certain temperature, it gets easier to tell the two apart. 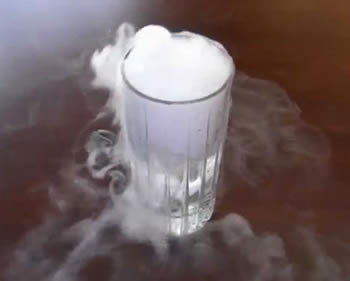 However, take some gasoline in a container. Now open the container; that smell is gasoline vapor. The reason why this is a vapor and not a gas is that when in the bottle it was a liquid, however the moment it was let out, and the pressure on it change, it turned into a gaseous form. Now, if all the fumes could be collected and put back into the container, it would turn back into a liquid due to the pressure applied to it. Whereas, the helium would still be a gas if put back into the balloon.

Comparison between Gas and Vapor:

So, the main difference between them is one is upper the critical temperature & other one in state of below temperature!

Who's the author and the date? For citation purposes.