Difference between Falcon and Eagle

Key Difference: Falcons are birds of prey that have long pointed wings and an intended (concave) beak. Eagles are large birds of prey; they are known for their larger size. 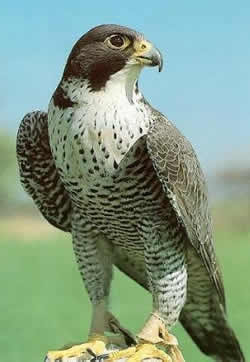 Falcons are birds of prey. They are small with a strong angular beak. An angular bend on their beak allows them to easily break their prey’s neck. They belong to the same genus; and have a notch on their beaks. Falcon scientific name is ‘Falco’, and it's category is Genus. 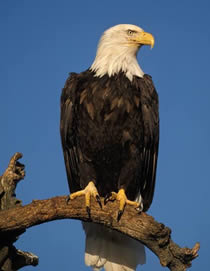 Eagles are known for their larger size, powerful build, and a heavier head and bill. Eagles are considered to be larger than any other birds of prey, except vultures. Eagles tend to be larger in size than kites and weight more. Some species of eagles weigh up to 18 lbs. Eagles are more likely to scavenge and have the ability to prey on larger animals, mainly due to their size. Also, eagles are classified into two different types of categories: land eagles and sea eagles. The latter tend to prefer coastal habitats and prey on fish and other marine life.

Some of the differences between the birds are listed below: