Difference between Fraternity and Sorority

Key difference: A striking difference between a Fraternity and a Sorority is that the former constitutes of male members, while the latter is an organization comprising only of females. 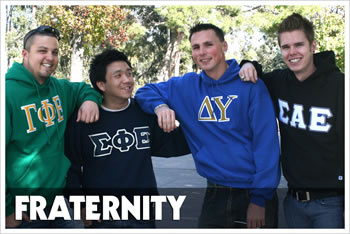 The terms fraternity and sorority can be thought similar by a person who does not have the proper knowledge about them. Mostly, fraternity and sorority are words that are associated with a university, college, students, etc. Naturally, the students studying at educational institutions like a university or a college have some inkling about what do a  fraternity or a sorority entail, but for those who don’t study at such places, these words are like an unsolved mystery. Which is why, knowing what these words mean becomes all the more important.

The word fraternity is an evolution of the Latin word ‘Fraternus’, which means brother. So fraternity is essentially an organization consisting of male members that share a common purpose. The gist of fraternizing is to share one’s coveted feelings with one’s peers of the fraternity, as one would do with his brother. Fraternities thrive on the growth of their population and the harmony existing among all members. A fraternity may be based upon any common purpose, aim, philosophy, goal, etc. which compels its members to earnestly strive in the direction of achieving the set goal. This is what unites them all in one bond, which is the bond of brotherhood. Peaceful co-existence, observance of collective harmony, helping each other mutually in realizing the overall objective, etc., are some of the pillars that a fraternity stands on. 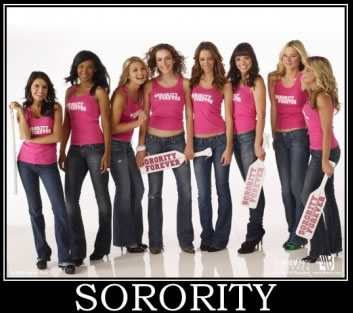 This is the most prominent and probably the only noticeable difference between both these organizations. However, there have also been establishments of ‘women fraternities’ in many parts of the world. Essentially, these women fraternities would be the same as a sorority and can also be called as one, but the women prefix is possibly added to lay emphasis on the women-oriented themes of such organizations. Of late, many writer fraternities, or student fraternities, etc. have also come into existence. Fraternities with exclusive male membership aren’t a norm either. It’s all becoming flexible by the day. So, apart from these differences, there isn’t actually much between a fraternity and a sorority, which in a way vaguely justifies the people mistaking these terms to be the same.

Comparison between Fraternity and Sorority: