Difference between Gay and Impotent

Key Difference: Gay is a term commonly used to refer to homosexuals. Whereas, impotent is a term used for people who are unable to reproduce and have satisfactory sexual intercourse. Gay is a term that is used instead of homosexuals. It is being used people who get sexually attracted to others of their same gender. Homosexuals are commonly termed as lesbians for females and gays for males; however, gay is now generally used to refer to both males and females. In the 20th century, the term attained great importance as the title for homosexuals. This term was recommended by major LGBT groups and style guides to describe people that are attracted to members of the same sex. Nowadays, many gay males and females are in a committed relationship and are married to a same-sex partner. 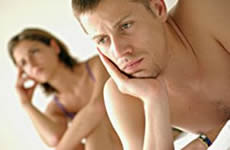 The differences between a gay and an impotent are as follows: