Difference between German Shepherd and Doberman

Key Difference: Both German shepherd and Doberman, are the top 5 of the smartest breeds of dogs and were bred for guarding. German shepherd is a breed of large-sized dogs, whereas Doberman is a very strong dog with a large, muscular structures. 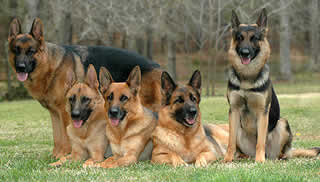 German shepherd and Doberman are two different breeds of dogs. Though they share many common characteristics, there are also some features which differentiate between them. Let’s understand both the breeds in nature, body sizes, habits, etc.

A typical German shepherd’s body is long, tall and powerful, but lean as well. German Shepherds have a great nature and fertile minds. Lots of action and work out will make them happy, but tracking, obedience and agility games or any other task-oriented activity, also make them even happier. A bored or neglected German shepherd may resort to chewing furniture, digging up flowers and other mischief. 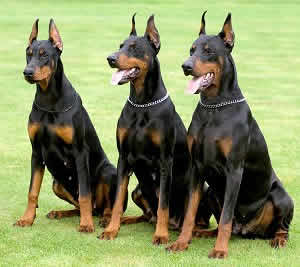 Doberman, mainly known as Doberman pinscher is a breed of domestic dog. It was originally developed by Karl Friedrich Louis Dobermann in 1890, in Germany. Doberman Pinschers are among the most common of pet breeds. The breed is well known as a clever, watchful, and faithful companion dog. Once upon a time, it was widely used as a police dog, but it is less common today.

Comparison between German Shepherd and Doberman:

What do u mean by aggression on owners,do they bite their owners.