Difference between Hulu Plus and Netflix

Key Difference: Hulu Plus is a website that offers on-demand and ad supported video steaming. Whereas, Netflix is an on-demand video streaming website and it does not have ads.

Hulu Plus is a paid service offered by Hulu. It has more features than Hulu.com and is available on different platforms. On October 21, 2009, News Corporation Deputy Chairman Chase Carey stated that Hulu "needs to evolve to have a meaningful subscription model as part of its business" and that it would likely start charging for at least some content by 2010. On June 29, 2010, beta version of Hulu Plus, a monthly subscription service was launched. Later, in November 17, 2010, the official version of Hulu Plus was released. Hulu Plus videos are currently offered only to the users in the United States, its overseas territories and Japan.

Netflix, Inc. is an American provider of on-demand internet media streaming. It is available in North and South America, the Caribbean, United Kingdom, Ireland, Sweden, Denmark, Norway and Finland. Also, it provides flat rate DVD by mail in the United States, where mailed DVDs are sent via Permit Reply Mail. In 1997, Netflix was established and headquartered in Los Gatos, California. In 2013, Netflix became a "streaming TV network service”; that plans to compete with cable television and network television. 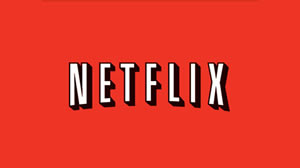 Both, Hulu Plus and Netflix are internet based providers for online video streaming. They are very much identical in features. However, there are some differences in their features and services.

Netflix is best for the ones who want new movies to watch. Whereas, Hulu Plus is for those who have a busy life and are constantly missing their favorite television shows, because of its wide collection of current-season television shows.