The version history of the Android mobile operating system began during the November 2007. 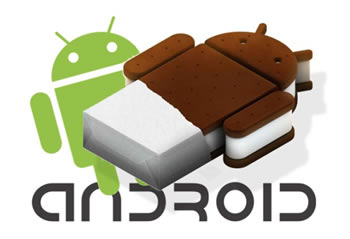 Ice Cream Sandwich (4.0–4.0.4) is the dessert-themed Android codename for version 4.0 of the open source Android mobile operating system. It was launches by android on October 2011, which was regarded as Google’s “everywhere” operating system for smart phones, tablets and other mobile devices. This OS adapted many android frameworks with new API’s; these all together solved the android fragmentation issues. Due to which, more advanced applications and features were made available; further these features were found to be user friendly and application oriented, hence enabling a proper and standard access of the applications. 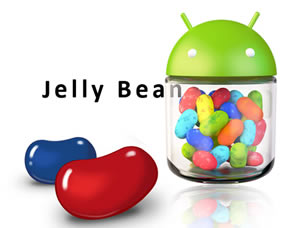 After the Ice Cream Sandwich (4.0–4.0.4), it was Jelly- Bean Android, the dessert themed codename for 4.1 and 4.2 versions. It was launched in June 2012 and was the successor to the v4.0 "Ice Cream Sandwich" release, and was followed by Jelly Bean 4.2 in October 2012. This is an operating system with new and advanced additions user interface enhancements and overall improved applications. The apps running on this OS are fast in processing and clear in graphic quality. It supports the advanced natural language voice command capabilities akin to Apple's Siri, an improved Web browser with constant on-screen tabs, enhanced file management capabilities and better text input options.

Android operating system Ice Cream Sandwich was launched before Jelly Bean. As Jelly Bean was introduced afterwards it was considered to be the successor of Ice cream Sandwich.  Overall, Jelly Bean appears to be faster because it has enhanced technology that drives graphics and is able to change which displays on the screen much quickly. Hence the comparison is much clear that, jelly bean being the latest is more advanced than ice cream sandwich with all god and extra speed features. These OS can also be upgraded by their respective versions.  Jelly Bean however is more refined than Ice Cream Sandwich. The core interface remains unchanged with five home screens, shortcuts and widgets. With a slight addition in Jelly Bean, the widgets are more intelligent, moving around to accommodate as per the user, rather than sitting static at one position.

Almost all the developed mobile and tablet companies have their assets of both Ice cream sandwich and jelly bean versions as per the developing demands. These OS are further developing to make more user friendly and fast access in usages.