Difference between Imitation and Modeling

Key Difference: Imitation and Modeling are often referred interchangeably. They both are behavior patterns. Imitation means to enact exactly as the other. However, Modeling is more associated with the learning that occurs when some one observes an activity. 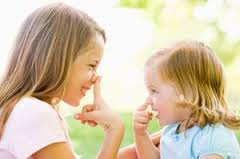 Imitation and Modeling are terms that are used interchangeably in common language. Observational learning is also regarded as same as these terms. These behavior patters are regarded as some of the basic learning processes that are also covered under the science of applied behavior analysis as a procedure or a method to teach and learn new behaviors.

In simple terms, modeling or imitation can be described as a change in behavior that occurs after the observation of the behavior of a model. A 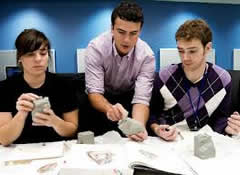 model could be anything, but generally it is a person or a fictional character. These models need not be necessarily alive; they could also be any of the fictitious characters. These models can also be presented through televisions, films, books, and so forth.

Many people consider them to be the same thing. However, according to Bandura, the winner of APA’s Award for Distinguished Scientific Contributions (1980), there are minute differences between them. Modeling refers to the learning that occurs after observing a model. On the other hand, imitation involves just the duplicated behavior exhibited by the model. Thus, it is not necessary that after imitation the person learns something out of it. On the other hand, modeling can be a good learning tool with or without the requirement of imitation. However, it is important to mention that many researchers also claim them to be the same thing.

Some of the differences are listed below in the table:-