Difference between Infant and Child 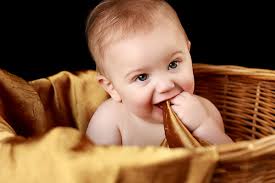 Infant and child, both these terms are related to children. Children are a very special ingredient of any society. Many terms are used to denote them on the basis of their growing years. Two of these frequent used terms are infant and child. Generally, infant denotes a young child or baby. This meaning can be well understood by getting some insight on the origin of the word.

The word is actually derived from a Latin word infant meaning 'unable to speak', from in- 'not' + fant- 'speaking' (from the verb fari). Therefore, it refers to a very young child. Some discrepancies may be found in the years of the child for the consideration to be termed as an infant. Generally, the term covers a baby of 9 days to 12 months year old. However, in many of the places, there may be a slight variation in the corresponding age factor. Sometimes, infants are used to denote babies from three months to one year old or to two years old. In British English, infant denotes a young schoolchild, usually under the age of seven. 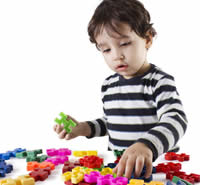 Child refers to a young human being below the puberty age or below the legal age of majority. Generally, it tends to cover children between two and 12 years of age. Puberty starts to begin at 13 years of age, and thus it can be considered as a period of transition from childhood to adulthood. Child can also be used to denote an infant, as the common meaning of a child refers to only a young human being. Still, both are differentiated because of many reasons. One may find the segregation done for a ticket reservation facility. An infant and a child may have different fares or facilities. For example – generally one may find that in air flights, it is not required to purchase an extra seat for an infant. On the other hand, a child needs to occupy a seat on a separate ticket. According to the United Nations –

“ A child means every human being below the age of eighteen years unless under the law applicable to the child, majority is attained earlier”

Popularily, child is used as a superset term including infants, toddlers, babies, etc. The upper age limit may also vary from one place to the another. Generally, it is below the age of puberty or legal age of majority, which tends to be around 12 years of age. Thus, one can refer a young offspring below 2 years of age as an infant. On the other hand, apart from its popular usage, a child represents someone between 2 and 12 years of age.

Comparison between an Infant and a Child: