Difference between iOS and Android

Most mobile users are as loyal to their devices as they are to their sports teams, their favorite band or their favorite brand of coffee. One is either an Android person or an iOS person; there is not much room for a grey area. The iOS system is an Apple product, whereas Android is a Google product. 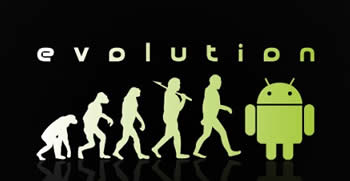 Android is the software operating system developed and manufactured by Google. It is a Linux-based operating system that was initially designed for touch-screen compatible smartphones and tablet computers. The OS was originally developed by Android Inc. and was later purchased by Google. Primarily, Google only maintained and provided the OS to other cell phone manufacturers. However, the company later started collaborating with other companies to create and sell smartphones. After Nexus 4, the company recently launched its latest Nexus 5 in collaboration with LG.

According to Wikipedia, the user interface of Android is based on direct manipulation. It means that touch inputs are used to correspond to the real-world actions, like swiping, tapping and pinching to manipulate the on-screen objects. The hardware such as accelerometers, gyroscopes and proximity sensors are used by some applications to respond to any additional actions performed by the user, for example adjusting the screen from portrait to landscape depending on the device orientation. Android allows its users to customize their home screens with shortcuts to applications and widgets. Applications can further be used to send notifications to the user to inform them of relevant information, such as new emails and text messages.

Android is an open source system that was released under the Apache License. This open source code and permitted license allowed this software to be freely modified and distributed by other device manufacturers, wireless carriers and enthusiast developers. However, most Android devices ship with proprietary software. Also, Android has a large community of developers writing applications or ‘apps’ which help extend the functionality of devices. The apps are primarily written in the Java programming language.

Android is the most popular and widely used platform in smart-phones. It overtook Symbian, another operating system, in the year 2010.  Android is a popular system with technical companies who require a ready-made, low-cost, customizable and lightweight operating system for their high tech devices.  Despite of being primarily designed for phones and tablets, it also has been used in televisions, games consoles, digital cameras and other electronics. Android's open nature has encouraged a large community of developers and enthusiasts to use the open-source code as a foundation for community-driven projects, which add new features for its users.

With a huge rise of smart-phone users in the global market, the Android’s share in the market has considerably increased upto 80%. As of September 2013, 1 billion Android devices have been activated.

The iOS, previously known as iPhone OS, is a mobile operating system developed and distributed by Apple Inc. Originally it was only used in iPhone, but now it has been extended to support other Apple devices such as the iPod Touch, iPad, iPad Mini and second-generation Apple TV. Unlike its competitors, Apple does not license iOS for installation on non-Apple hardware. 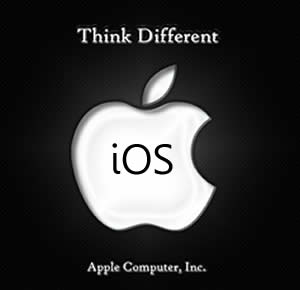 The iOS system is derived from OS X operating system, which is shared with the Darwin foundation and various other application frameworks. iOS is Apple's mobile version of the OS X which is used on Apple computers.

The user interface of iOS is based on the concept of direct manipulation, using multi-touch gestures. Interface control elements consist of sliders, switches, and buttons. Interaction with the OS includes swiping, taping, pinching and reverse pinching. All these gestures have specific definitions within the context of the iOS operating system and its multi-touch interface. Internal accelerometers are used by some applications to respond to shaking the device or rotating the device in three dimensions.

Basically, it is a complete multi-tasking device filled with different applications. These applications are written and specifically compiled to match the iOS and its 64-bit ARM architecture. Also, in 2008, a Software Development Kit (SDK) was made available for third party users. This kit allowed other developers to make applications for the iPhone and iPod Touch, as well as test them in an ‘iPhone simulator’. However, loading of the application onto the devices is only possible after paying an iPhone Developer Program fee.

Another interesting feature of the iOS system is the ‘Siri’ software. Siri is an intelligent personal assistant and knowledge navigator which works as an application supported by the devices. The service, directed by the user's spoken commands, can do a variety of different tasks, such as call or text someone, open an app, search the web, lookup sports information, find directions or locations, and answer general knowledge questions. Siri is currently only available on the iPhone 4S and later iPhones, the fifth-generation iPod Touch, the iPad Mini, and the third-generation and later iPads.

As of October 2013, Apple's App Store contained more than 1 million iOS applications, 475,000 of which were optimized for iPad. These apps have been collectively downloaded more than 60 billion times. Being only second to Google, there were 410 million devices activated in 2013.

Comparison between iOS and Android: