Difference between Jaguar and Panther 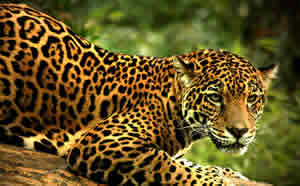 The jaguars are compact and well-muscled animals. Panther is a genus in the Felidae family that consists of the lions, tigers and other big cats. Jaguars are solitary animals that live and hunt alone, except during their mating season. A Jaguar resembles leopard, but is larger and has a somewhat shorter tail. Jaguars are seen in many places ranging from Southern Mexico to Argentina. Jaguars are outstanding swimmers and climbers. Jaguars hunt individually, often springing from trees upon tapirs, capybaras, and peccaries. They either crush or suffocate the prey or bite straight through their skull. They also feed on fish and rabbits; some jaguars kill domestic cattle for food. About 3 and half months after mating, the female generally gives birth to two to four kittens. 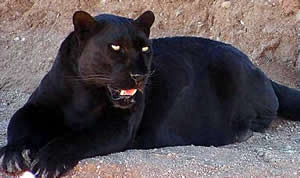 Panther animal is very powerful. It occurs in both species the jaguar and the leopard. Panthera pardus is a genus in the Felidae family. Differences are to be recognized best by the statue. The jaguar is built more strongly. They can also be well distinguished by their head. However, the easiest way is to see them in their typical habitat. The jaguar lives in South America and you will find the Panther in Latin America, Africa and Asia.

Comparison between Jaguar and Panther:

Whiskey Tango Foxtrot??? The author needs to bone up on some biology. FAKE NEWS

"but they are also seen in pink and white color." You got me there

This page makes no sense as panthers are just a fur color within other species. Scientist have begun to differentiate between the types of panthers and maybe you should too instead of lumping multiple species of cat into one group because of their fur color