Difference between Jealousy and Envy

Jealousy and envy are two words that often overlap in the English language and this is because they have similar definitions. The similarity in definition is often the result of the constantly changing language that often adapts more popular definitions and words in order to incorporate them into the language. However, if many people argue that these two are different and should be limited to as such.

Jealousy is often associated with emotional rivalries, i.e. loving relationships. Jealousy crops up when you are afraid to lose someone and is often found between loving relationships such as parents/children, boyfriend/girlfriend, or in other words where a person is emotionally attached. Jealousy is often described as the negative thoughts and feelings that a person may build up inside themselves such as insecurity, fear, and anxiety, over an anticipated loss of an object or more commonly a person. Jealousy can also consist of a combination of emotions such as anger, resentment, helplessness and inadequacy. The word ‘jealousy’ was coined between 1175 and 1225 A.D. 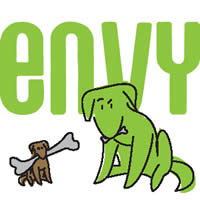 Now, envy is associated with objects or desires. It crops up when someone has something you want or is living in a certain way you would like to live. These are often related to material things and money. Envy is defined as a resentful emotion that arises when a person lacks another person’s superior quality, achievement or objects. The person suffering from envy also feels like inflicting pain on other people. Envy consists of other emotions such as anger, suffering, sadness, violent tendencies, etc. Feelings of envy often occur when a person feels inferior to another person and has a low self-esteem. The term ‘envy’ was derived between 1250 and 1300 A.D.

Another reason why people may also confuse these two feelings is due to the color that has been assigned to it; both jealousy and envy have been assigned the color green. Though, some people also associate jealousy to be yellow-green instead of just green.