Difference between Joker and Clown

Key difference: Joker and Clown are considered to be the same, but they are not, as they differ in their functions. Usually, ‘jokers’ make fun of others or someone else, while ‘clowns’ make fun of themselves. 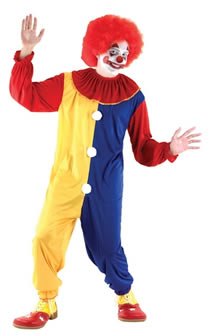 Joker and Clown are funny persons who make people laugh by making fun and other funny tantrums. Often people consider them same, but it is not so, as they function differently; a joker is a person who shows tantrums and makes fun of others, while a clown is a person who makes fun of their selves, in order to make children and people  laugh.

According to Oxford Advanced Learner's Dictionary, a joker is defined as:

A joker is the one who makes people laugh by making fun of other. These are the ones who make jokes, in order to entertain and spread the laughter. The term is also used as slang in many countries.  Their first motive is to make the audience laugh, for which they make funny faces, and make tantrums and make use of funny thoughts and jesters to make the audience laugh aloud. There is also a Joker card in playing card games. 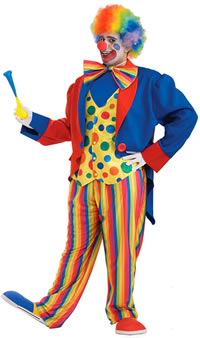 According to Oxford Advanced Learner's Dictionary, a clown is defined as:

A clown is a person who makes fun of himself to make people laugh. They are specialized people who wear funny and colored clothes along with a big and red artificial nose. These types of people generally work in the big amusement and theme parks. These people often behave in a funny way and make jokes to attract the audience and make them laugh. Being a clown is taken as an occupation in some countries. Sometimes, people use the word to refer to a person who they think stupid or annoying.

Both, joker and clown are funny people, but function differently. These are also used in context to slang, sometimes taken as funny and sometimes considered to be as pointing nouns. These are special type of people who make other people laugh out loud. Their clothing is almost similar to each other, in order to attract and make people laugh. Their job is not that easy because to share a joke is easy, but to actually implement and perform it is not that easy.

Comparison between Joker and Clown:

Although this is NOT a joke, I thought it pefctrely expressed the overriding philosopy of SFG and have added it to my Forum sig:Besides the noble art of getting things done, there is the noble art of leaving things undone. The wisdom of life consists in the elimination of nonessentials. -Lin Yutang, writer and translator (1895-1976)