Difference between Judo and Jiu Jitsu 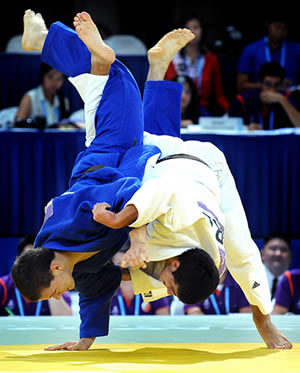 Judo is a derivative of early Jiu Jitsu, it is form of martial arts and a combat sports, which is much more enhanced and appreciated in the world today. It was created by Professor Jigoro Kano (1860-1938), who promoted the sports form throughout his life. In 1964, it was introduced into the Olympic Games. It is art form with no aggression, but with thorough dedication and hard work.

Judo follows many ethics and moral values; it’s a sport which follows respect and prestige of oneself along with the opponents. It has its own culture, systems, heritage, customs, and traditions. Its actions and basics are totally based upon the art of gentleness and calmness. Judo’s techniques are often considered to be complex as they require time, effort and energy, which are obtained by rigorous physical and mental training. Today, it has become a competitive sport; the opponent is thrown onto the ground by an applied force along with executing choke, strange hold or joint lock. It is most efficient and well mannered type of martial art in which both the fighter as well as the opponent is respected. Today the martial art is practiced by more than 20 millions of individuals; also, it has also become one of the most famous forms of Martial Arts in the world. Judo applies these techniques safely and without hurting opponents: 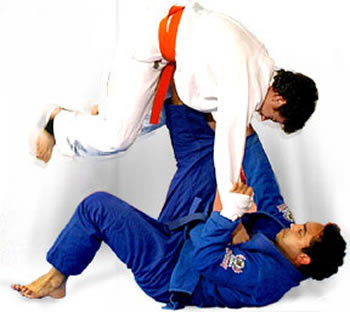 Ju Jitsu also called as Jujitsu, Ju-Jutsu or Ju-Jitsu, is a traditional form of Japanese Martial Art. It was originated around 2500 years ago; and was founded by Takenouchi Hisamori, a military tactician and lord from Mimasaka Province. The martial art form was developed and practiced during the Sengoku period of the Muromachi period.

It generally represents manipulating the opponent's force against the practitioner rather than confronting it with one's own force.

Ju Jitsu is an ancient, martial art form which works on the principles of utilization of attacker’s energy. It belongs to the Samurai’s of the feudal Japan. In this art form, the practitioner defeats the opponents by the close combat method and does not uses the direct attack strategy, rather the practitioner utilizes the opponent’s energy to make him fall down. The art form is commonly addressed as "Way of Flexibility". In the previous era, it was initialized with a motive of fight and real aggression. Typically, its systems comprises of throwing, immobilizing and pinning, joint-locking, choking, and strangling technique. In Jujutsu, the practitioners train an individual learner with many potentially fatal moves. Today, the art form contains many facets, due to which it has become the foundation for a variety of styles and derivations. There are commonly four forms of Jujutsu:

Comparison between Judo and Jiu Jitsu: