Difference between Kickboxing and Boxing 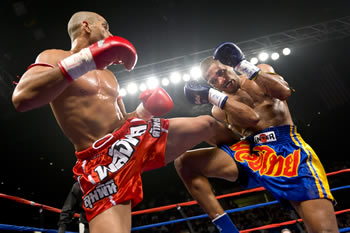 Kickboxing is a kicking and boxing game. It is a martial art as well as a type of combat sport, which is now getting flourished worldwide. It is originated from the martial forms like Karate, Muay Thai and Western boxing.

The Kickboxing is associated with continuous kicks and punches. It is generally practiced for self-defense, general fitness, or as a contact sport. There are several striking and kicking techniques associated in Kickboxing. The sport is conducted between two opponents, in the form rounds and in rings. The opponents are allowed to hit each other with punches and kicks, striking above the waist. The sport consists of various other forms and styles according to which the rules are designed and formulated in their respective rulebook. This art form is practiced mainly in Japan, America, and Thailand along with the other parts of the world. It is considered as a hybrid sport, which integrates movements and traditions from different sports, such as Karate and Boxing. It involves kicking, punching, elbow and knee strikes, throws, locks, and grappling techniques during a fight. 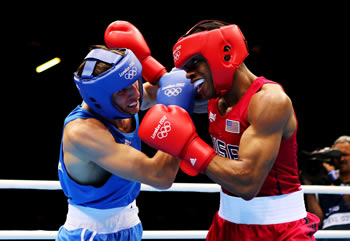 Boxing is a combat sport; its origin was found and accepted by the ancient Greeks. It was declared as an Olympic legendary game, in the 687 B.C. the Boxing techniques are based on the sweet science methods and principles.

In Boxing, the opponents are called as Boxers, who are engage in a contest where they fight with their respective opponents with full strength, speed, reflexes, endurance and punches. The sport begins in round basis and is supervised by a referee over a series of one- to three-minute intervals called rounds. The result is decided when an opponent is deemed incapable to continue by a referee, is disqualified for breaking a rule, resigns by throwing in a towel, or is pronounced the winner or loser based on the judges' scorecards at the end of the contest. Today, the sport is a renowned part of Olympics and Commonwealth Sports.

Comparison between Kickboxing and Boxing: