Key difference: Kickboxing is a modern Japanese martial arts and stand-up combat sports, which is totally based on kicking and punching; whereas, Muay Thai Boxing is a combat sport based on the Muay traditional martial arts of Thailand, it solely comprise of striking and clinching techniques.

Generally, the two martial art forms, Kickboxing and Muay Thai Boxing are considered to be the same, but actually they are not, they differ mainly in the type and techniques; the article will reflect their differences. 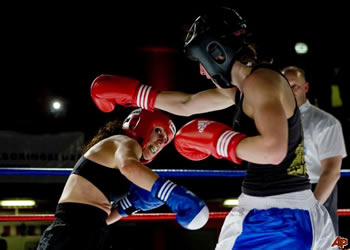 Previously, Kickbxing was a hybrid form of Martial Art, formed from the combinations of various traditional styles and techniques. Afterwards, the approach towards its practice increased and people started appreciating it in their life style. It develops the aerobic activity, in the martial art form, due to which it is also called as ‘Aeroboxing’. It is generally practiced for self-defense, general fitness, or as a contact sport. There are several striking and kicking techniques associated in Kickboxing. The sport is conducted between two opponents, in the form Rounds and in the rings, the opponents are allowed to hit each other with punches and kicks, striking above the waist. The sport consists of various other forms and styles according to which the rules are designed and formulated in their respective rulebook. Mainly, it is practiced in Japan, America, and Thailand along with the other parts of the world. It involves the techniques like, kicking, punching, elbow and knee strikes, throws, locks, and grappling techniques during a fight. It also involves standard kicking and punching techniques. 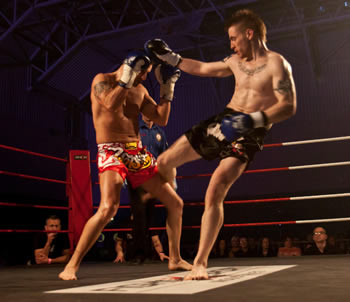 Muay Thai Boxing is a cultural martial art form and a combat sport from Muay martial arts of Thailand. Its origin was founded several years back, nearly around hundred of years ago. It was developed as a form of close-combat sport, which used the entire body as a type of weapon. The art form and it is now becoming famous and enhanced in the American countries.

Muay Thai Boxing basically described as "the art of eight limbs", because in this, both of the hands, elbows, knees, and legs are allowed to use while attacking the opponent. It is a form of national culture, which is nourished and flourished in Thailand. In the previous era, it was once considered to be the king of martial arts. A person, who takes part in the competition, does the long ceremony and the act established by custom before the fight. They exist for religious reasons; one such is to serve as stretching the muscles in the form of exercises. The kicks are performed with an intention to attack the opponent. The martial art is a combination of several techniques and methods which are incorporated from the other forms of martial arts. All the parts of the body are involved in the combat sport; it is also considered to be the defensive and wild type of sport and martial art forms.