Difference between Kindergarten and Nursery

Key Difference: Kindergarten and nursery both denote a type of preschool that focuses on the children from three to five years of age. Generally, nursery is used to denote a preschool that focuses on the kids from three to five years. Kindergarten, on the other hand, denotes the first year of schooling. It focuses on 5 year old children. However, the usage of terms vary from country to country. Sometimes, the terms are also used interchangeably. 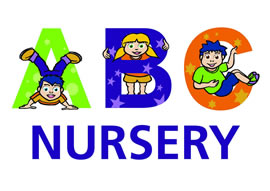 School plays a vital role in a child’s life. This phase is regarded to be the most important phase in a person’s life. When a child enters school, he/she is like raw clay, but as his/her education progresses, the child understands the subjects as well as develops critical thinking. It is very important to prepare the young kids to go to a school for a formal education. Early learning experiences tend to have a long lasting effect on most of the children. Keeping these things in mind, the concept of kindergarten and nursery originated.

Generally, nursery has been designed for the children between the age of 3 to 5 years. It is more focused on the activities and learning by play. It helps a child understand the concepts of studies and a school. It is a pre-school type of institution. It is more than child-care. However, the curriculum is less difficult in comparison to a primary school.

The name ‘kindergarten’ was given by the German Friedrich Frobel, who created the first institution like this in Germany in the year 1837. Generally, it is used to denote the first year of compulsory schooling which focuses on the children with age equivalent to five years. These institutions are custom-made to suit children of this particular age. In countries where kindergarten is meant for the children up to five years of age, any six year old child is eligible to take admission in the first grade of school. In this context, nursery is followed by kindergarten and unlike nursery, kindergarden is regarded to be a part of a formal education system.

Comparison between Kindergarten and Nursery: