Key Difference: A Kindle is an e-book reader device, where a person can store thousands of books, magazines, blogs and newspapers. The Kindle Fire HD are full-blown tablets as opposed to the e-Reader only Kindle models. Kindle Fire HD sells three models in the Fire HD range: the Fire HD, Fire HD 8.9" and Fire HD 8.9" 4G.

Though, a Kindle and Kindle Fire HD are released by Amazon, their features are totally different from each other. A Kindle is purely an e-book reader, where one can download hundreds and thousands of books, newspapers, blogs, and magazines. On the other hand, a Kindle Fire HD is a type of tablet, where people can explore more than just books. 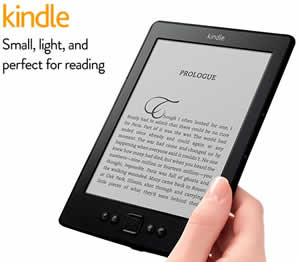 Kindle started out as an E-book reader. It is an easy way for readers to carry a number of books with them in one, small mini device. An e-book reader is essentially a mobile electronic device whose main use is for reading digital e-books and periodicals. The Amazon Kindle is a series of e-book readers designed and marketed by Amazon.com. The first version of the Kindle was released in 2007. The word Kindle refers to ‘kindling a fire’. The Kindle first started out as an e-reader, and then eventually developed into a tablet. 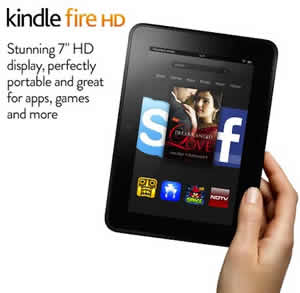 Kindle Fire HD are opposite to e-book readers, and similar to tablets. They are the 2nd generation of Amazon Kindle, which were released on September 14. There are different models of Kindle Fire HD. The Fire HD models are more expensive than the Kindle, owing to the HD models having more features and improved specifications.

The Kindle Fire HD weighs around 14 ounces, and has 8.9 inch models. They are thinnest in the range, and have 1280 x 800 resolutions, described as HD. The Kindle Fire HD starts at 16 GB storage and end upto 32 GB storage. For regular Wi-Fi access, Amazon claims that the Kindle has a superior antenna that allows switching between the 2.4 GH and 5 GH data bands for faster connections. They claim this is 54% faster than "Google tablet". The Kindle Fire HD runs a modified version of Android without any of the Google features.