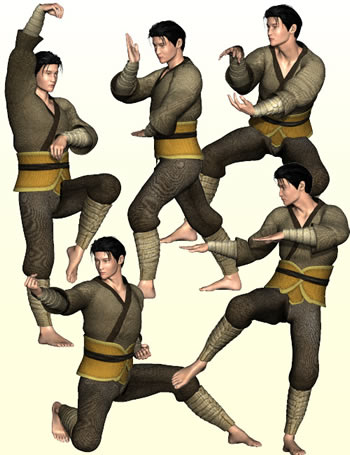 Kung Fu reflects traditional Chinese Martial Art forms, which comprise of several other martial art forms. Their origins were traced back to the Zhou dynasty (1111–255 BC) period. In the 5th century B.C., the Daoists used to practice them as a form of exercise. However, they actually originated in the Shaolin temple of China during the 4th century . Kung Fu are recognized to the most dedicated and defensive form of art forms.

Kung Fu is a fluid form of exercise generally adapted from the animal movements and actions. They are developed, dedicated and skilled forms of exercises. It is an open martial art, which means, its styles can be adapted only by those practitioners who are perfect in their actions. In Kung Fu, the aim is to cause as much damage as possible without losing balance, so strikes are extremely quick and controlled. Its actions are habituated from the animal moves and styles and are initiated from one of five basic foot positions, which are normal upright posture. The other four stances include the dragon, frog, horse riding, and snake kung fu actions. Kung Fu is a science in itself, which trains an individual’s body to move in a continuous circular motion and turn. It is the most ancient form of martial arts practiced in China. The body in the art form is regulated according to the physic principles. From the early periods of development, it has now become a healthy and potentially rich form of self-defense as it is accepted worldwide and its various martial art forms are commonly practiced. 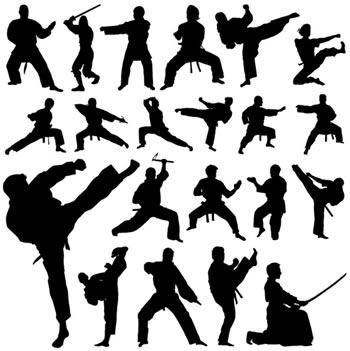 Martial Arts are generally the self defensive sport forms, like judo, karate, taekwondo and kendo, which have their origins from Japan, Korea and China. Their study is related to the wide systems of studies and traditions of combat practices. There are varieties of teachings like self-defense, competition, physical health and fitness, entertainment, as well as mental, physical, and spiritual development which are taught and gained from martial art forms. Their origin is related to individual martial art forms that origin from their respective countries. The term was usually used referred to the European sports perspective in the 1550s. It is derived from the Latin word which simply means as arts of Mars," where Mars is the Roman god of war.

Martial Arts can be categorized under five distinct types:

The known forms of martial art forms are Karate, Akido, Tae Kwon Do, Jujitsu, Judo, Kenpo, Kung Fu, and Hapkido. These are associated with the basicteachings of fight techniques and actions. Along with the exercise and action, the martial art as whole also comprises of the enlightening or achieving mental stability and relaxation. Their study requires a sheer dedication, and hard work towards the practice, it regular implementation in ones life, and to keep their bodies stable, fit and fine. The action comprises of the hand and foot movements, kicks, blocks, and punches. The martial arts students increase their physical strength and mental toughness. Each form of martial art is a different and distinctive study of action, every art form helps an individual to maintain and stabilize oneself.