Difference between Laptop and Notebook

Key difference: Notebooks are lighter than a laptop and usually have a smaller screen and a longer battery life. Also, notebooks usually have less number of optical drives. 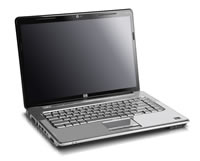 Nowadays, laptops and notebook computers are pretty mush synonymous. Depending on which company you look at, laptops and notebooks have very minimal differences, sometimes none at all. Traditionally, laptops were portable computers that had all or most of the features of the desktop PC, but were small enough to fit on your lap. On the other hand, the notebook computers were described as a computer which is thinner and lighter than a laptop but without all its features.

Basically, as compared to laptops, notebooks have a smaller screen and smaller keyboards. They also have lower power consumption, which gives them a longer lasting battery life. Notebooks usually do not have a CD or DVD-ROM drive. However, with lighter and thinner being the new trend, and CDs and DVDs becoming obsolete in preference for USB drives; the term, notebooks and laptops have become interchangeable. In fact, many companies refer to their newer laptops as notebooks.

Traditionally, the differences between laptops and notebooks: