Key Difference: The LG Optimus L5 II and its counter part LG Optimus L5 II Dual are two entry-level smartphones by the company. The LG Optimus L5 II and L5 II Dual are quite similar to each other but differ in certain places, including looks. The device comes with a 4-inch True IPS LCD capacitive touch screen that offers around 233 ppi pixel density. The Karbonn Titanium S5 sports a 5.0 inch display with a resolution of 540 x 960 pixels. It runs on a 1.2 GHz Qualcomm Snapdragon Quad Core Processor and 1 GB of RAM. 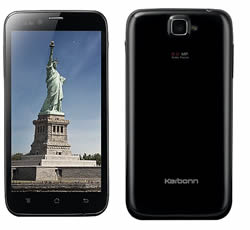 The information for the detailed table about the two phones has been taken from the LG website, Karbonn website, flipkart.com, snapdeal.com, fonearena.com and GSMArena.com.