Difference between Lion and Cheetah

Key Difference: Lion and Cheetah are from the same family, but they are from different genus. Lion belongs to Panther leo, and they like to live in group called ‘prides’, whereas cheetah belongs to Acinonyx jubatus, and he is fastest animal on earth. 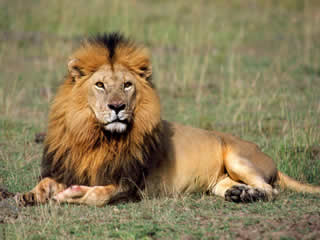 The lion’s scientific name is Panther leo, and he mainly belongs to the Felidae or cat family. Their primary habitats are in Africa, with a few still living in the Gir Forest of India. Unlike most cats, lions are excellent swimmers and are the only members of the cat family with manes, though only the male lions have manes. Lions are carnivores, i.e. meat eaters; they hunt animals from ranging in size from small hares to large buffalo.

Lions live in grasslands and plains. Their tawny-colored coats act as camouflage. They are not jungle dwellers. Generally, the darker the lion's mane, the older he is. Cubs are born in litters of one to six, with two to four being the average number. Their average weight at birth is two to four pounds (one to two kilograms). 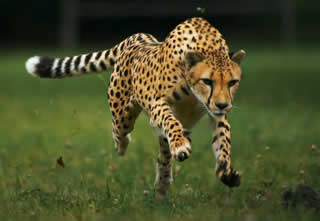 The cheetah is the world’s fastest land mammal. Cheetahs have been known to depend on their bursts of speed in order to hunt down victims, while when lion walk, their heels don’t touch the ground and they attack their victims. A cheetah will carry its kill to a solitary hidden location to save the kill from other animals. Cheetahs can go from 0-60 miles per hour in three seconds.

Cheetahs are tan in color with black spots all over their bodies. They can also be distinguished from other big cats by their smaller size, spotted coats, small heads, ears and distinctive "tear stripes" that stretch from the corner of the eye to the side of the nose. They hunt during the day and rely on bursts of speed (up to 75mph over short distances). Unlike leopards and other big cats, they can purr while they inhale, but can't roar.

Comparison between Lion and Cheetah:

i feel very and i understand what the difference between the lions and cheetah is like.Thank you