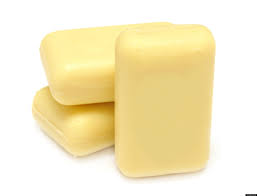 A bar soap simply refers to a soap which is in the form of a bar (solid). On the other hand, liquid soap refers to any type of soap which is in a liquid form. Liquid soaps are now being preferred over bar soaps as they avoid spreading of germs from one person to another, as in the case of a bar soap.

A bar soap is one of the most common forms of soap. It is a cleansing agent in the form of solid cake type. These soaps are generally made from fats and an alkali like sodium hydroxide. The process of soap formation is termed as saponification. These bar soaps are simple to use. A variety of range is available for soaps like natural and organic soaps. Some common oils used in the saponification are coconut, olive, castor, soybean, shea butter, and cocoa butter. Greek physician Galen is credited for considering soap as a cleansing agent for the first time in the second century A.D. 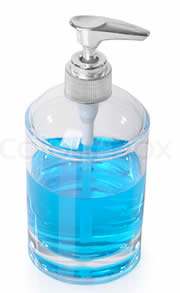 Liquid soap is seen as a tough competitor to a bar soap.  They were introduced in 1865 by William Shephard who patented liquid soap. It was made by dissolving solid soap in water, and then later ammonia was added till the desired consistency was achieved. These days, liquid soaps are also generally formed with similar type of ingredients like in the case of bar soaps. However, it uses potassium hydroxide in place of sodium hydroxide.

Liquid soaps tend to be more hygienic than bar soaps as one is not required to touch the surface of soap as in the case of bar soap. There are chances that dirt and germs get spread from surface of the bar soap. Liquid soap may also remove moisture from skin and leave a dry skin after usage. However, these days many of the liquid soaps contain moisturizing agents to tackle the dryness of skin. Due to the higher pH value, bar soaps can dry out skin faster. Liquid soaps are available in squeeze bottles or pumps. Generally, liquid soap is poured on a loofah or washcloth for cleansing bdy. Liquid soaps tend to produce a rich lather than compared to bar soaps.

Bar soaps are directly rubbed against the skin, and therefore they are considered to possess better exfoliating capabilities than a liquid soap. Thus, both bar soaps and liquid soaps have their own sets of advantages and disadvantages, and thus it depends upon an individual’s preference to use them.

You guys messed up in the first paragraph. "Liquid soaps are also considered to be more hygienic than liquid soaps in terms of usage." HAHAHA!!! (;

Thank you for pointing it out. We have fixed it.