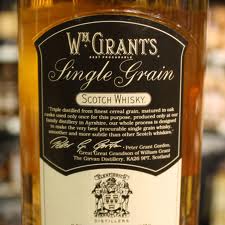 Whisky is a popular alcoholic beverage which is primarily made from grain. This feature makes it different from other distilled beverages which are made from grapes, calvados, etc. Malt Whisky and Grain Whisky are two different types of Scotch Whiskey. They both have some similarities but also some differences. They both are generally matured for at least three years.

Grain Whisky is basically made from a mash of cereal grains like barley, wheat and maize. In the process of making grain whiskey malted as well as unmalted barley can be used.

Other grains are added to barley in order to obtain a specific flavor and texture. Scotch grain whisky generally uses 10 to 20 percent malted barley and rest is unmalted cereals like maize and wheat. The starch of non- malted cereals is released by the method of precooking, and then it transforms into fermented sugars. The obtained wash is then distilled by using a continuous or Coffey still. Alcohol is then cooled and condensed. This grain spirit consists of 94 percent alcohol by volume. In Scotland, pure grain whisky is primarily used for making blended whisky. 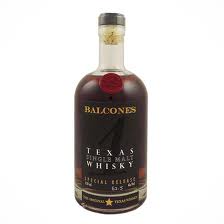 Malt Whisky is different from grain whiskey as it is primarily made from fermented mash derived from malted barley grains. Single malt whiskey is the whiskey which is made only from one type of the grain and that too at a single distillery. Many countries have strict laws for defining a whisky as malt whisky. For example – Scotland labels a malt whiskey only after it ages upto three years at minimum level.

The technical definition of malt whisky is normally defined as - Whisky produced at not exceeding 80% alcohol by volume (160 proof) from a fermented mash of not less than 51 percent malted barley and stored at not more than 62.5% alcohol by volume (125 proof) in charred new oak containers Grain whisky is much lighter and milder than malt whiskies. Malt whiskies are produced in a coffee still in place of a pot still.

Grain whisky is milder and lighter than malt whisky. Another difference between the two is that malt whisky uses the pot still process whereas grain whisky is made by the process of continuous still. Malt whiskey production is comparatively complex than that of grain whisky.