Microeconomics also deals with the effect of government policies and regulations on the individual households. The Economist's Dictionary of Economics defines Microeconomics as "The study of economics at the level of individual consumers, groups of consumers, or firms... The general concern of microeconomics is the efficient allocation of scarce resources between alternative uses but more specifically it involves the determination of price through the optimizing behavior of economic agents, with consumers maximizing utility and firms maximizing profit."

Microeconomics plays a huge part in trying to determine the success and failure of products by focusing on previous market trends or through market research. Microeconomics attempts to establish relative prices of goods and services and allocation of limited resources by analyzing market trends. It also determines the elasticity of the product. Other factors of microeconomics include interest rates, inflationary rates, purchasing power and standard of living. The supply and demand concept plays a huge part in microeconomics as it directly affects the purchase of the product. The law of supply and demand suggests more supply, lower demand, while low supply causes higher demand for the product. This also directly affects the price of the product, as higher the demand, higher the price, while higher supply results in lower price. Microeconomics is considered as “the bottom-up view of the economy”, or “how people deal with money, time, and resources.”

Macroeconomics is the branch of economics that deals with economy as a whole, rather than individual markets. It also includes national, regional and international economies. Macroeconomics originates from the Greek prefix ‘macro’ meaning “large”. Macroeconomics focuses on the dealing with the performance, structure, behavior, and decision-making of an economy as a whole. Macroeconomics requires studying the GDP (Gross Domestic Product), unemployment rates, and price indices in a country in order to understand how the economy functions. 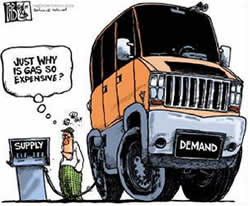 The Economist's Dictionary of Economics defines Macroeconomics as "The study of whole economic systems aggregating over the functioning of individual economic units. It is primarily concerned with variables which follow systematic and predictable paths of behavior and can be analyzed independently of the decisions of the many agents who determine their level. More specifically, it is a study of national economies and the determination of national income."

In order to analyze macroeconomics, macroeconomists develop different models in order to explain the relationship between different factors that affect the economy of a country. These factors include unemployment, inflation, national income, savings, investment, international trade and international finance, output and consumption. Macroeconomics is considered as the study of the economy as a whole as well as factors that are national as well as international that affects the economy of a country, this could also include government rules and regulations in addition to foreign direct investment, exports, imports, etc. The study of macroeconomics is also used to analyze and stabilize the economy, which directly affects the general people and microeconomics.

Three main concepts of macroeconomics that play a huge part include output and income, unemployment and inflation and deflation. National output is the total value of everything that a country produces in a given time period. This generates income for the country through exports. The amount of unemployment in a country is determined using the unemployment rate, which is derived from the amount of people that are not currently part of the labor force and also includes people that are looking for work. Inflation and deflation are related to the value of money. The rise and fall in the value of money determine the currency value of a country. In order to avoid major economic shocks, such as The Great Depression, governments adjust policies such as fiscal policy and monetary policy in order to continue maintaining stability and growth of an economy.