Difference between Milk and Condensed Milk

Key Difference: Milk is a nutritious liquid that is secreted from the mammary glands of various females from the animal kingdom like cow, goat and deer. Condensed milk is cow’s milk from which no cream but water has been removed. 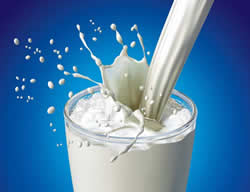 Milk is a term that is used for all kinds of milk obtained from animals like cows, goats, buffaloes or deer. Babies can’t eat solid food, thus milk is given to them. It gives calcium, phosphorous, protein, magnesium, and vitamin to the body. Carbohydrates are needed for the body to function at its optimal level. Lactose is the primary carbohydrate that is present in the cow’s milk. It often causes digestive problems for some people.

Milk contains a lot of calcium that helps bones and teeth to grow stronger. Milk is never harmful for anyone. In fact, drinking one glass of milk everyday will give one about 44% of thier daily vitamins intake. 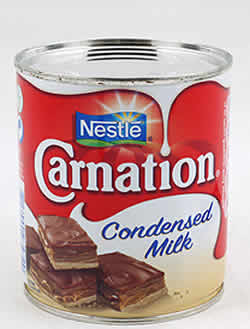 Condensed milk is made up of approximately 40 to 45 percent sugar, cooked down and mixed with whole milk until it becomes a sticky, sweet substance with a caramelized flavor and a light brown color. It is mainly used to make desserts.

Condensed milk can be dated back to France in the 1820s, but it became popular in the US by Gail Borden Jr. after he saw that people could not afford to store milk at homes, because of it spoiling and curdling very fast. He also noted that milk was found actively only in places where cows were in the vicinity. He created condense milk to provide a more longer-lasting product for people who did not have easy access to the milk.

The composition of important elements present in these milks is categorized in the table below: