Difference between MKV and MP4

Key difference: Both, MKV and MP4 are file formats mainly used for playing videos with audios. MKV and MP4 are not encoding formats, but are container files, i.e. basically wrappers for formatted video files. The main difference between the two comes not from the formats itself, but from the types of codecs used within the files. 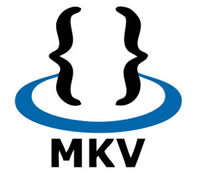 Both, MKV and MP4 are file formats mainly used for playing videos with audios. However, what most people do not realize that MKV and MP4 are not encoding formats, but are container files, i.e. basically wrappers for formatted video files. The main difference between the two comes not from the formats itself, but from the types of codecs used within the files.

MKV is the file format for Matroska Multimedia Container, often simple called Matroska. It is an open standard free container format, which means that it is available freely for anyone free of cost. MKV is similar to other file formats, such as AVI, MP4, etc., in the manner that they are all container formats. The most common file extension for the Matroska Multimedia Container is .mkv for video with subtitles and audio, however .MK3D for stereoscopic video, .MKA for audio-only files, and .MKS for subtitles only files are also used.

The name ‘Matroska’ comes from the Russian word “Matryoshka” meaning nesting doll, which is quite famous as a Russian cultural symbol.  The term was selected to be a play on the container file format, i.e. media within media, similar to nesting doll’s doll within a doll concept.

The Matroska was first announced in 2002, which makes is a fairly newer format than the others. Due to this, MKV has certain features that set it apart from the other previous file formats. Firstly, it supports many various video codecs. Secondly, it also features support for multiple streams of video, audio, subtitles or chapters. Hence, a single file can effectively show a movie dubbed in various languages as well as subbed in numerous languages.

The greatest advantage of MKV is that it supports H.264/AVC, which is not even supported by AVI. H.264/AVC is needed for efficient HD content playback. This makes MKV the preferred format for HD videos and Blu-ray rips. Still, the most common video usually encoded in MKV is the x264 encoded video. x264 is a video codec; it is the open version of h264. h264 is the standard codec for video data today. h264 is also commonly used in the MP4 container.

However, as a single file can contain all these multiple streams, the size of the file can be quite large. This is the drawback of the mkv format, which makes it slightly unsuitable for the average user who will probably not use all the additional features that MKV provides over the other container formats. Still, due to the support for the additional features, the MKV tends to be larger in size than other container files. 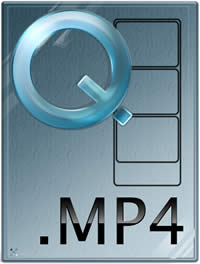 MP4 is essentially the official filename extension for MPEG-4 Part 14. MPEG-4 Part 14 is a standard specified as a part of MPEG-4. The MPEG4 MPEG-4 is a method of defining compression of audio and visual digital data. It was introduced in late 1998 by the ISO/IEC Moving Picture Experts Group (MPEG). MPEG-4 was designated as a standard for a group of audio and video coding formats and related technology. MPEG-4 can be used for compression of AV data for web, as used for streaming media, for CD distribution, as well as for voice broadcast television applications.

MPEG-4 Part 12 was developed from the Apple’s MOV file and eventually resulted in MPEG-4 Part 14, which is the MP4 format. The MP4 is a container format. This means that it can be used to store audio and/or video data. MP4 video and audio can also be streamed over the internet.

MP4 uses codecs that dictate how the audio or video will be coded. Advanced Audio Coding (AAC) is the most popular codec for compressing audio in MP4 format.

MP4 does not have a standard method of coding the audio or video information. It is the codecs that affects video quality and compression. Each MP4 file will differ only on the basis of which codec is used. Hence, two MP4 file can either be similar if they are using the same codec, or they can be completely different, if they are using different codecs.

MP4 is a container format used to store audio and video files. It can even store subtitles for a video file. As a container, MP4 can save audio and video files that have been compressed in different fashions, including as MPEG-4. MP4 is not concerned by how the images are compressed and converted into data. It is just concerned with is how the data for video and audio are stored within the file as well as other relevant information like subtitles, chapters, etc. MP4 files can also contain metadata as defined by the format standard, as well as Extensible Metadata Platform (XMP) metadata.