Key difference: In general, Mustard oil is obtained from mustard seeds, while Refined oils are general cooking oils that are obtained by refining the crude oils.

Oils and their forms are applicable in various industrial and cooking sectors. Globally, the oil marts and industries share a major part in the world economical sectors. The oils which are used in cooking and other application are not in their original crude forms. These oils are the end products, which are obtained after the series of refining methods. The crude oil after passing through various purification and refining methods results into the pure form of edible oil. 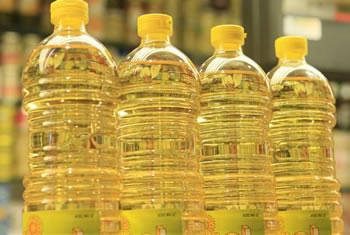 Cooking oils can either be refined, unrefined or either in combinations. Refined oils are those oils which have unsuitable compounds like the , metals, proteins, free fatty acids, carbohydrates and other chemical compounds which are removed from the crude oils using an appropriate methods and agents like caustic agents, washing, and centrifugation. Refined oils have made their ways into the human food chain. They play the major source or element in building the human body cells. Oil refining is a process where crude oils; i.e. natural oils from vegetables are refined to remove any substances that may contribute to off flavor, off odor, undesirable color, or for keeping standardization.

Cooking oil intended for the health food market will often is unrefined, which can result in a less stable product but minimizes exposure to high temperatures and chemical processing. But today, most large-scale commercial cooking oil refinement generally involves all the refining methods in order to achieve a product that's uniform in taste, smell and appearance, and has a longer shelf life. 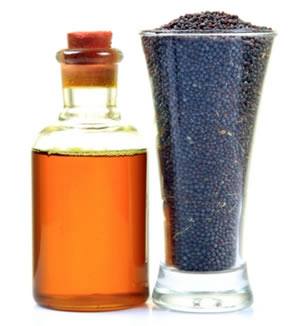 Mustard oil is a type of vegetable oil obtained from the local mustard seeds. Especially, the oil is in great demand in the North Indian regions. The oil in its crude form is known for its typical color and pungent odor. Mustard oil is the third largest oil among the other cooking oils. As of the health benefits, the oil is regarded to be too beneficial in health aspects, Reduces Risk of Cardiovascular Disease, Stimulates Digestion, Reduces Risk of Cancer, Antibacterial, Antifungal and Anti-inflammatory Action, Relieves Cold and Cough, Used for Massaging, Good for Skin and Hair and Relieves Joint Pain. Other than cooking the oil is also applicable in the Ayurvedic sectors, as the oil is known for its healing and medicinal properties and is also considered to be beneficial for hair, skin and body.

Mustard oil is also a type refined cooking oils, which is obtained from its crude form. The crude form of mustard oil cannot be consumed directly as it contains some toxins and chemicals which need to be processed and removed in order to consume the oil. Earlier, the oil was considered to be allergic and toxic as it contains erucic acids which have a negative effect on the human body. Hence, the oil was prohibited in some countries. But today after the successful research and work; the oil is free from toxic nature and hence is fit to consume. The oil regarded to be best in its anti-bacterial and anti-infectious nature, which prevents the body from facing any such infectious problems.